It’s anticipated that Discovery, which owns the TV channels Animal Planet, TLC, Investigation Discovery and OWN, will leave its One Discovery Place headquarters building in Silver Spring in 2019. Discovery opened its headquarters in Montgomery County in 2003.

“This was one of the toughest calls we have made in our company’s history, and we do not take it lightly. I felt strongly about sharing the news with all of you as quickly as possible once the decision was finalized,” Discovery President and Chief Executive David Zaslav said in a memo to staff.

“We have made the decision to move our global headquarters to New York City. We have therefore made the difficult decision to reduce our footprint in Maryland over time, with the ultimate closure and sale of our One Discovery Place headquarters building in Silver Spring expected in 2019,” Zaslav said in the memo.

The announcement of the Scripps acquisition raised questions at the time about Discovery’s future in Silver Spring, though it announced in September plans to invest $10 million in its Silver Spring location.

Discovery said at the time the decision to renovate in Silver Spring had nothing to do with the merger and a headquarters decision had not been made.

Pending the closing of its Scripps acquisition, Zaslav told employees Discovery plans to create a national operations headquarters in Knoxville, and a technology hub at its Sterling, Virginia facility.

Its Sterling location, a state-of-the-art media distribution facility where it has originated feeds for 13 years, will become its global technology center.

Discovery will create a Maryland network hub that will also house other select functions, such as government relations and its Discovery Education Division.

Maryland and Montgomery County have both been in talks with Discovery about keeping its headquarters in Silver Spring and both had offered incentives.

“I was disappointed to hear of the corporate decision by Discovery Communications to move its headquarters from downtown Silver Spring,” Montgomery County Executive Isiah “Ike” Leggett said in a statement.

“The County and State made a substantial proposal designed to accommodate Discovery’s challenges. Together, we were ready to provide considerable incentives tom retain their presence in the County,” Leggett said.

“I know this was a tough decision for Discovery. I respect the contributions Discovery has made over the last 15 years to Silver Spring and Montgomery County. We will miss them,” Leggett said.

Discovery plans to move into its new New York headquarters in the second half of 2019, though Zaslav’s memo did not indicate where it would be located.

“We have an obligation to our shareholders and to run our business in the most effective way possible, and we’re trying to do that by balancing where the best locations are for the best roles,” Dave Leavy, Discovery’s chief corporate operations and communications officer told WTOP.

“A lot will stay in Maryland and most likely in Montgomery County. We have to work that through,” he said. 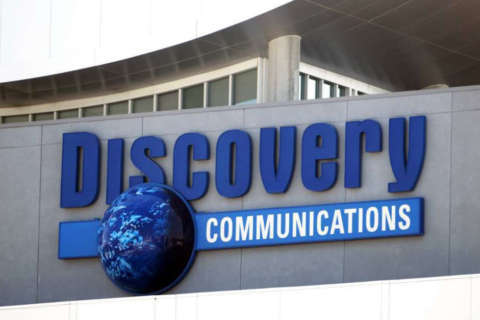 Discovery renovates Silver Spring HQ but will it stay?