A record number of buildings fly the flag in Rosslyn again 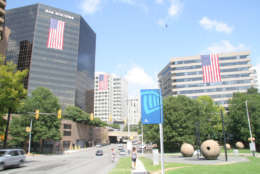 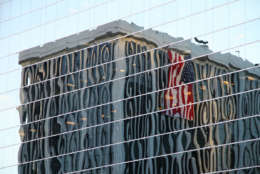 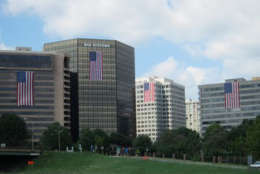 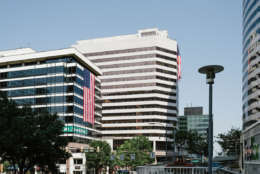 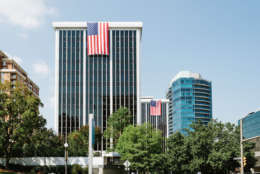 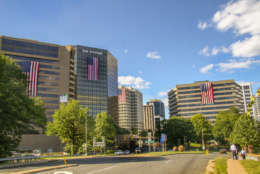 WASHINGTON — An annual tradition for Rosslyn landlords continues this week.

Flags Across Rosslyn, in which building owners drape huge American flags from the tops of their buildings, is in its 16th year commemorating the 9/11 terrorist attacks.

Flags Across Rosslyn started spontaneously after the 2001 attacks on the Pentagon in Arlington and World Trade Center in New York.

Today, the Rosslyn BID helps coordinate with landlords a few days before.

The Rosslyn BID said that a record 27 buildings are participating this year, including the tallest in the area located at 1812 North Moore St. The flags will remain up for about a week after the 9/11 anniversary.

The best place to view them is from the Iwo Jima Memorial.