WASHINGTON — Tysons Corner is home to massive development over the last few years and is the largest business district in Fairfax County, Virginia — yet with expansion comes a vacancy problem, with businesses moving out of older properties in favor of more desirable real estate within Tysons Corner.

The trend is leaving millions of square feet empty in a city rich with growth.

Tysons Corner got its props in 2011, when the U.S. Postal Service granted Fairfax County’s request to designate it as an official city name for mail delivery, and developers have been puffing their chests, declaring Tysons Corner as the “new downtown” ever since.

It is not a stretch.

The glass-and-steel jungle that has sprung up in the last few years is already home to some of the region’s largest employers including Gannett, Booz Allen Hamilton, Capital One, Deloitte, Freddie Mac, MicroStrategy, Northrop Grumman and Hilton.

And the pipeline of new development coming over the next decades is a staggering 45 million square feet, either planned, proposed or already under construction.

It is the latest wave of what has been a decades-long transformation of what was a rural farming community through the 1950s, and whose history stretches back to the 1850s, when the area was a thriving peach grove.

Yet with all the advancement, Tysons has met new hurdles: office space vacancies, traffic headaches and a lack of an urban center — all of which could define the city’s future.

The looming problem: Out with the old

Shiny new construction isn’t just attracting businesses from outside of the region. It’s also attracting local companies looking to expand, or to right-size in newer space. And that creates a problem for Tysons, which always had a large stock of commercial real estate space, decades well before the recent boom.

“We have a number of companies that have moved within Tysons Corner, and when they move from within Tysons Corner, they have moved from some of the older space to some of the newer space,” said Gerald Gordon, head of the Fairfax County Economic Development Authority. “It is the so-called ‘flight to quality,’ and that leaves us with a lot of older vacant space with fewer amenities, not near a Metro station and with older technology infrastructure to market at this point.” 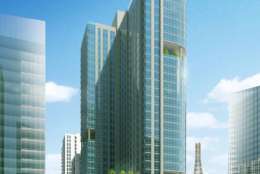 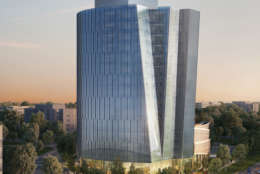 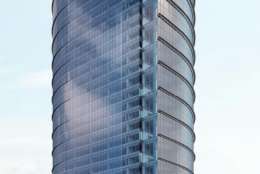 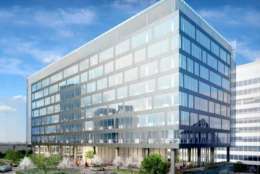 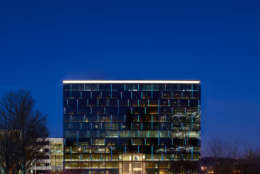 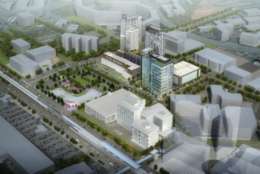 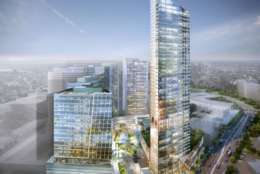 Commercial real estate firm CBRE said that owners of older and lower-classification buildings have two choices: either invest to improve or accept below-market rates. Larger projects are most likely to take the investment route, it said.

“Older small-to-mid-size projects are likely going to have to get more creative, and it could ultimately make more sense for them to take the repurpose route,” said Jeff Roman at CBRE.

“We’ve seen the successful transition from commercial properties to multifamily/mixed-use — this type of conversion will continue with a flight to quality in Tysons,” he said.

One other option for older building owners is to reposition them along the lines of modern but more budget-friendly shared space, to take advantage of the growing popularity of co-working space in Washington and the surge in tech startup companies in Tysons, which are particularly amenable to co-working, Roman said.

An example of a successful repositioning of an existing building is Silverline Center at 7900 Westpark Drive. Owner Washington Real Estate Investment Trust completed a $35 million renovation of the 1970s-era building in 2015, and its occupancy rate has risen from 60 percent to 97 percent as a result.

Washington REIT also said the rent the building now commands is up 29 percent.

Silverline Center’s main anchor tenant is Capital One Financial. It is also home to TenPenh restaurant.

While commercial real estate abounds, Tysons is undergoing an identity shift to transform into a place to live, not just work, but there’s one big thing in the way: traffic.

Traffic is the No. 1 complaint about Tysons, and with massive development to come, it will arguably only get worse.

By 2050, Tysons may have more than 200,000 people working there, but more than 100,000 people living there (compared with 17,000 currently), according to projections in Fairfax County’s comprehensive Tysons Corner plan. Adopted in 2010, the plan conjectures that, in theory, many of the residents will also work there. That, combined with the insertion of four Silver Line Metro stops, could help alleviate the commuting headaches.

“We are also working very hard on implementing more sidewalks and bikeways. In addition to the four Metro stations, we have bus service that will evolve over time to connect places in Tysons to the rail stations. The more people who are there, the more it is going to help transportation,” Byron said.

For now, the traffic doesn’t seem to be hindering efforts to attract companies to the Tysons area.

“When people are looking at Fairfax County from the outside, we compete most normally with Northern California, Southern California, New York and Boston, and those communities have traffic as well,” said FCEDA’s Gordon, whose job it is to sell the county to businesses looking to relocate or expand.

Creating an urban center from scratch

The vision for the new Tysons may be a walkable, work/live/play community, but re-creating it to be that is not an easy task.

“The challenge in Tysons is that it is not only one of the biggest transformations in the country, but it is also a transformation in a place that didn’t have the infrastructure,” Byron said.

“I was meeting recently with someone who is doing work in Crystal City where they already have a grid of streets. We had none of that, so we’re not only transforming the character, but we’re also having to create an entire infrastructure. It is difficult to do that at the same time you’re doing redevelopments and how all these pieces and phasing fit together and how critical it is to get all of these pieces to work together,” she said.

Working with landowners, developers and citizens, planners developed what is now being implemented, which includes walkable blocks that are no longer than 600 feet in length as well as better distribution of vehicular traffic. After stakeholders agreed on the infrastructure grid, a means to pay for it was developed. That includes a one-time amount paid by developers with each building.

David Diaz, president and CEO of the nonprofit Tysons Partnership, came on board in 2011 from his previous job leading the Downtown Raleigh Alliance, where he is credited with a historic turnaround of Raleigh’s downtown. The secret to the new Tysons’ success, he said, will be crafting a new identity for Tysons.

“Urban centers have got to cultivate a sense of community, a neighborhood where you see people you know on a daily basis. It also has to be appealing from about 6 in the morning to 3 in the morning, so it’s got to have amenities for workers during the day and residents and visitors during evenings and weekends,” Diaz said.

“I think that when you combine activities and venues that can offer a variety of things to do, it starts to change the perception of the place people live and work in,” he said.

That community feeling will also require a cultural component, and a step in that direction was taken last month when Fairfax County approved plans at Capital One’s new campus for a performing arts theater.

“We’ve been working for a very long time to locate a performing arts center in Fairfax County. The fact that we were able to partner with Capital One and have a state-of-the-art facility that we will share with them is beginning to do what we need to do to make Tysons Corner a city,” Byron said.

While the comprehensive plan for Tysons Corner looks out to 2050, planners believe the pieces that will start making it more than just an ever-growing skyline will fall into place much more quickly.

Diaz said that development in the next few years will change people’s perceptions of Tysons Corner.

“It is going to be a neighborhood. In the next three to five years, we are going to have a brand-new neighborhood, an arts and cultural district, lots of outdoor activities, and organizations are going to start telling that story, and I think people will start seeing Tysons differently,” Diaz said. 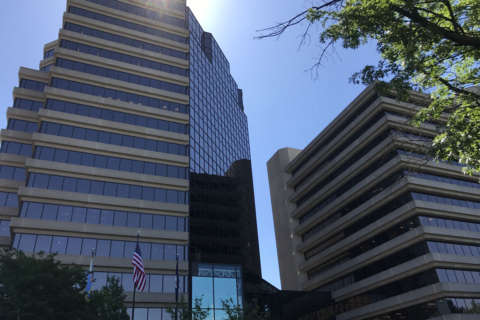 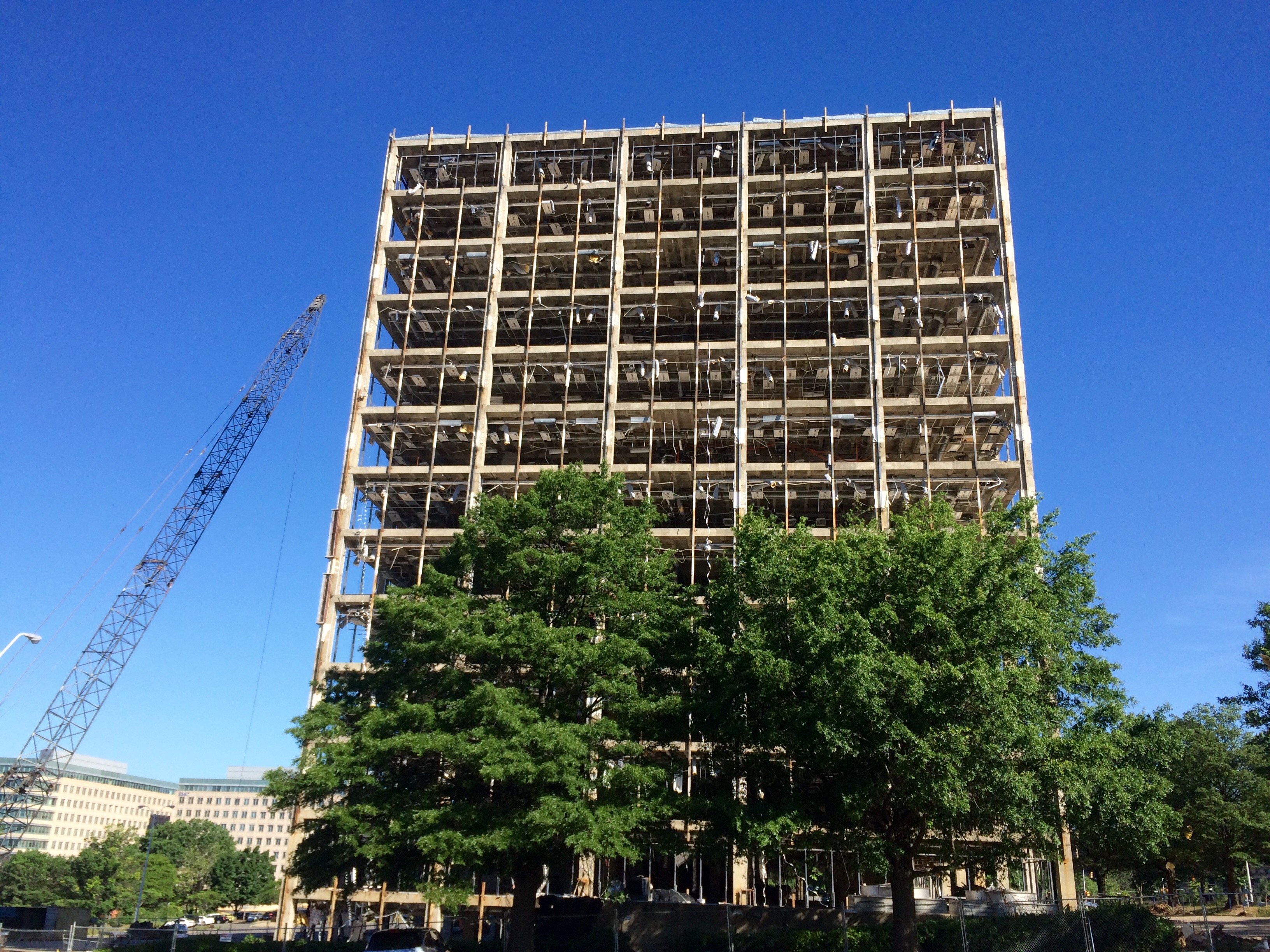 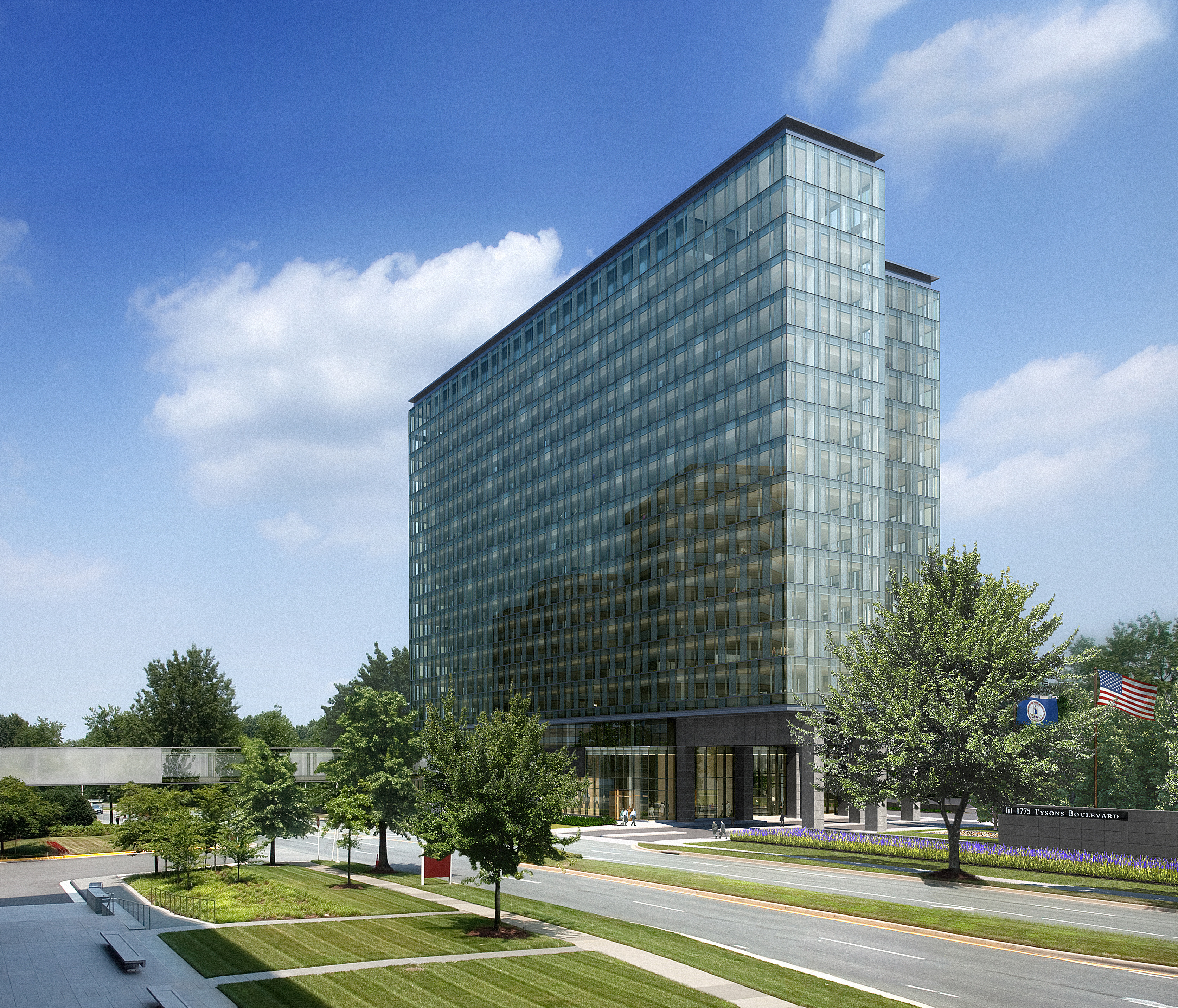 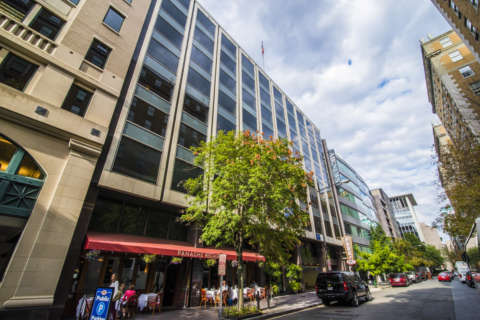 Outgrowing shared space? Gould offers a step up for startups