Marriott announced that it has signed agreements with the Bernstein Cos. and Boston Properties for the new corporate headquarters and flagship Marriott Hotel at 7500 Wisconsin Ave.

It signed letters of intent with the developers in January. As part of those agreements, Bernstein Cos. will own the hotel.

Marriott said in a statement on Wednesday that it plans to occupy the office building and open and manage the hotel sometime in 2022. Marriott’s existing lease at its Fernwood Road headquarters expires in 2022.

The $600 million Bethesda campus will include a 22-story office building connected by a landscaped public plaza to the Marriott-branded hotel. 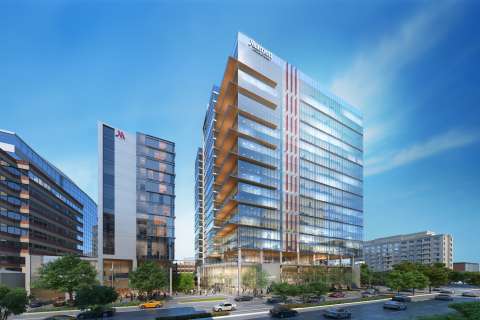 Marriott headquarters will stay in Bethesda