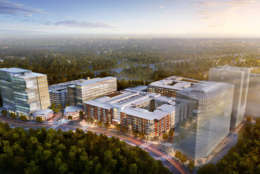 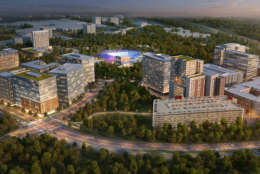 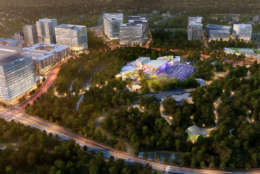 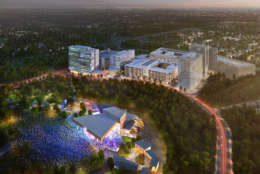 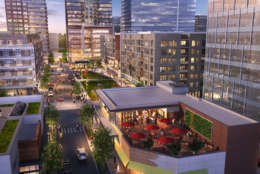 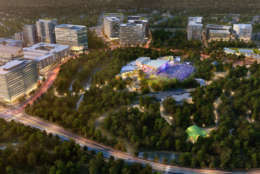 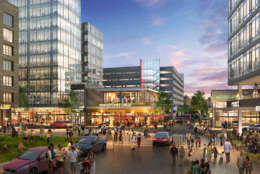 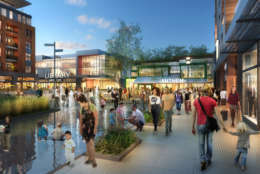 WASHINGTON — Columbia, Maryland, is one of the nation’s oldest planned communities — 50 years old this year — and it is often ranked as one of the best places in the U.S. to live.

After 50 years, it is also in need of a reboot, and it is in the early stages of a big one.

“Things become obsolete in the real estate world. People that care about the place — and there are a lot of those people — realized there needed to be a new vision, or revitalization,” said John DeWolf, executive vice president at developer The Howard Hughes Corporation, who was brought on six years ago to oversee Columbia’s redevelopment.

Construction began a couple of years ago on redeveloping the 391-acre center of Columbia by The Howard Hughes Corporation, with about 10 percent of the redevelopment plan either under construction or complete.

At the core of the redevelopment is what the original master plan for Columbia never got to.

“What really didn’t get done was the downtown,” DeWolf said.

“We envision the downtown to be everything else. To work. To entertain. And for people who want more of an urban environment, to live. And that’s what we think we are finishing up,” he said.

The whole of Columbia was founded by legendary developer James Rouse in 1967. The 14,000 acres includes ten primary residential villages.

Columbia’s underdeveloped core was the subject of a five-year study that culminated with the passage of the Downtown Columbia Plan in 2010 as a guide “to creating a vital area in which residents can live, shop, work, entertain, exercise and enjoy cultural opportunities in an enriched natural setting,” as the plan stated.

During its first 50 years, Columbia has lived up to James Rouse’s dream of a diverse community “free of the blight of cities and sterility of suburbs.”

There are now 100,000 residents in Columbia, and the population is 55 percent white, 25 percent black, 12 percent Asian and 8 percent Latino.

Recent new additions as part of the redevelopment have included:

According to Howard Hughes Corporation, the build out impact of the revitalized Columbia development will be $6.1 billion in economic activity during construction, 25,000 construction jobs and, eventually, more than 31,000 new permanent full-time jobs.