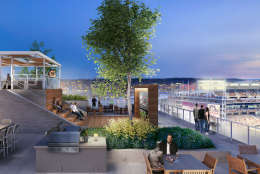 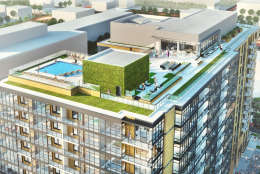 WASHINGTON — The two latest apartment buildings to come on line in the ever-growing Capitol Riverfront neighborhood near Nationals Park push the luxury envelope for renters, like many of its neighboring buildings that have sprung up in recent years.

One of the new buildings has a rooftop deck with direct views into Nats Park so residents can watch a ballgame without leaving home.

Developer Grosvenor America has begun leasing at its “F1RST” residential building at the corner of First and N Streets in Southeast D.C. The one-and two-bedroom apartments rent for $2,000 to $3,500 a month, and include floor-to-ceiling windows and USB chargers throughout.

The rooftop terrace includes a pool, hot tub and dog park, and offers D.C.’s only residential “stadium-style” seating with views into Nats Park.

“There is no better place to live during baseball — or any — season,” F1RST marketing says.

A full service restaurant, Declaration, has signed a lease for 3,500-square-feet and is expected to open by the end of the year.

Insignia on M, a joint venture from Donohoe and MetLife, is a 13-story building with apartments ranging from about $2,100 to $3,400 a month. The studio, one- and two-bedroom apartments also include built-in USB charging stations. Some include Capitol views and waterfront views, and some have private balconies.

Insignia on M also has what it calls a penthouse-level club that includes a bar, pool table, living area, grilling stations as well as a rooftop pool and gardens — in addition to 24-hour concierge service.

The Capitol Riverfront Business Improvement District lists more than 40 apartment and condo buildings either completed or in some stage of construction in the neighborhood.

It has also become a major commercial district, with 6.2 million square feet in surrounding office space and more than 34,000 daytime employees. 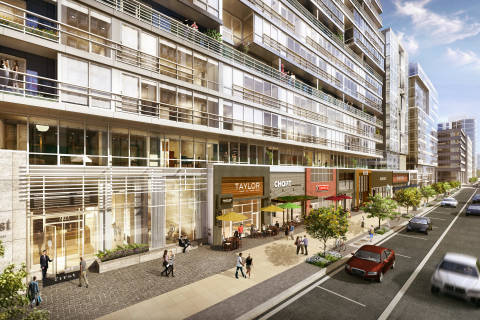 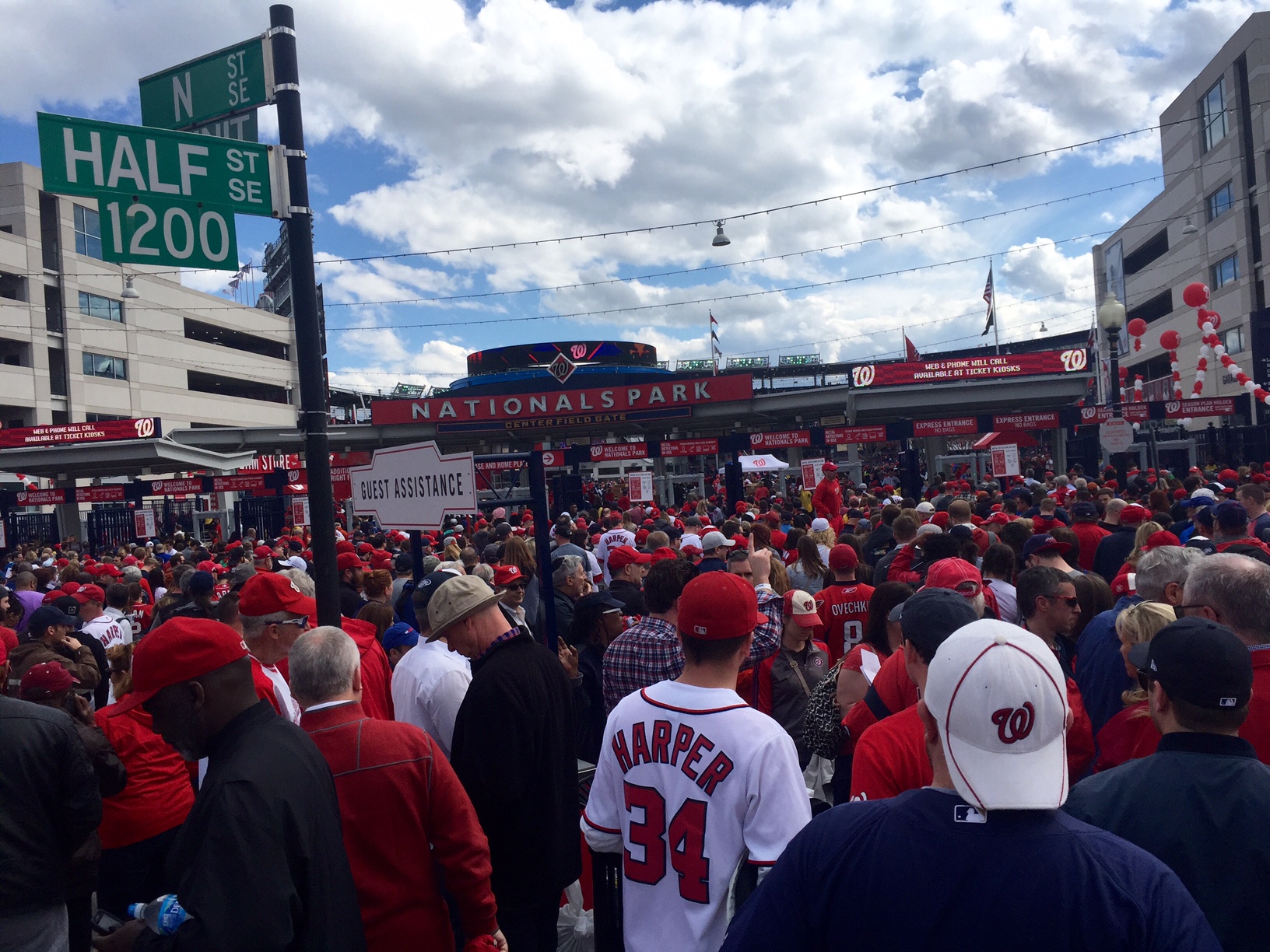