Amazon will deploy large-scale solar systems on rooftops at more than 15 fulfillment and sorting centers in the U.S. this year, including its existing distribution center in Baltimore.
Listen now to WTOP News WTOP.com | Alexa | Google Home | WTOP App | 103.5 FM

WASHINGTON — Amazon, which intends to power its massive, global network of data centers with 100 percent renewable energy, is now moving to solar power at dozens of its distribution and sorting facilities.

Amazon will deploy large-scale solar systems on rooftops at more than 15 fulfillment and sorting centers in the U.S. this year, including its existing distribution center in Baltimore, and plans to go solar at a total of 50 centers globally by 2020.

In addition to Maryland, Amazon distribution centers in California, New Jersey, Nevada and Delaware will also go solar by the end of this year. Amazon says the solar installations will generate as much as 80 percent of each fulfillment facility’s annual energy needs.

Amazon’s distribution centers are energy-intensive, powering all the robotic and other mechanical sorting equipment that they use.

In November, Amazon extended its partnership with Virginia Power parent company Dominion for Amazon Web Services to buy power produced by two of the largest solar farms in the mid-Atlantic, which Dominion is developing.

Amazon Web Services has set a goal for its data centers to be powered by 50 percent renewable energy by the end of this year. 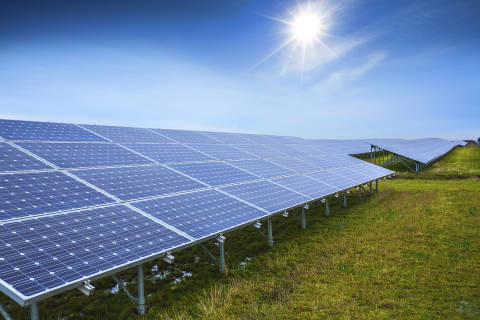