Home » Business & Finance » How much does just…

How much does just 1 slot machine make for Md.?

Casino revenue in Maryland is not earned like one big, grand jackpot but is apparently generated just a few hundred dollars at a time.

WASHINGTON — Maryland’s five existing casinos generated about $95.5 million in revenue for the state in October, up 0.8 percent from a year ago. But all that casino revenue is apparently generated just a few hundred dollars at a time.

Monthly data from the Maryland Lottery and Gaming Commission showed that at Maryland Live! Casino in Arundel Mills, the casino that generates the most revenue for the state, gross gaming revenue produced by each slot machine averaged $271.60 per day.

Maryland Live! also has about 4,000 slot machines in house, so even a couple of hundred dollars in revenue per machine per day adds up.

Maryland Live! accounted for $53.2 million of Maryland’s $95.5 million in October casino revenue, down about 3.2 percent from a year ago.

The best year-over-year growth in gambling revenue was at Baltimore’s Horseshoe Casino. Its $26.6 million October revenue was up 7.9 percent from a year ago.

Maryland will get its sixth revenue-generating casino next month. The MGM National Harbor casino and resort is scheduled to open Dec. 8. 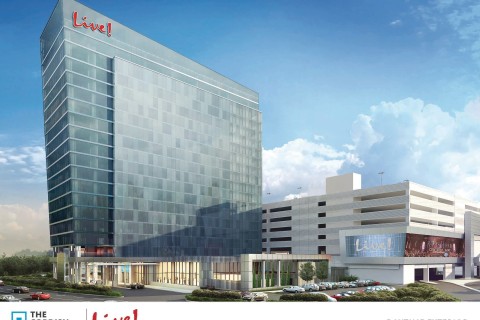