Lifeguarding amid a pandemic: Ocean City lifesavers get ready for 2021 beach season

When Memorial Day weekend begins later this week, a team of close to 200 lifeguards will be back on duty along 10 miles of beach in Ocean City. The head of Ocean City's Beach Patrol is expecting a "boom" in how many people visit the Delmarva beach this year.
Listen now to WTOP News WTOP.com | Alexa | Google Home | WTOP App | 103.5 FM

When Memorial Day weekend begins later this week, a team of close to 200 lifeguards will be back on duty, at 97 lifeguard stands set up along 10 miles of beach in Ocean City, Maryland.

“We’re really expecting a boom year for the Town of Ocean City,” said Butch Arbin, who is captain of the Ocean City Beach Patrol, in the popular Delmarva beach.

As coronavirus pandemic restrictions ease, Arbin and those who keep a watchful eye on swimmers are ready for a very busy season.

Staffing is not a problem

While businesses all along the East Coast from North Carolina to Delaware struggle to find seasonal employees, that isn’t the case for Ocean City. Arbin said the Ocean City Beach Patrol will be fully staffed.

Arbin said this year 250 new applications came in and for that response, he credits the city’s paid academy. In Ocean City, lifeguards are paid to get the training and certifications they need in order to fill the role.

Many of the lifeguards this season are not new to the job. In fact, Arbin said 85% of the lifeguards on the beach this year are returning after working last season, which fell in the early months of the pandemic.

“We’re expecting a really good season this year,” said Arbin, who has been with the beach patrol for 49 years.

Lifeguarding amid a pandemic

While there were some changes that came during the pandemic for the lifeguards — including the use of personal protective equipment, Arbin said a lot remained the same.

For last beach season, which happened only months into the pandemic, Arbin said the open air and salt water lessened concerns that guards or the people they were helping would catch COVID-19 during rescues.

All guards were and still are issued PPE, which they use once they return to land from rescues.

During medical emergencies, Arbin said that’s when EMTs stepped in with their full protective gear to help those in need, after they are brought to the shore.

Arbin said even with restrictions being eased, many of the precautions put into place last season will still be in place this year.

Another big change for lifeguards, according to Arbin, was how they trained. Training took place in small groups, and with mannequins used in place of real people for some of the simulated rescues. Instead of weekly meetings of the entire staff, Arbin meets with guards in small groups.

Guards this season will continue to wellness checks before their time on duty begins.

It’s a busy job being a lifeguard. Arbin said depending on ocean conditions, lifeguards in Ocean City could make anywhere from 2,000 to 4,000 water rescues each year, and most of those rescues involve rip currents.

“If we have a rough ocean, lots of rip currents, we make lots of rescues. If it’s a calm ocean, we don’t make many,” Arbin said.

Other rescues made each year in Ocean City also include helping weak swimmers and getting to people who end up hurt after jumping into shallow waters.

“The biggest thing is people just not understanding about the ocean. They think its like their backyard pool.”

Staying safe at the beach

Arbin encourages everyone to get to know their lifeguard when they get to the beach. He said by talking to the lifeguards, families can learn about the conditions and build a rapport with those there to help in case of an emergency.

“Introduce their kids to the lifeguard let them know that we’re part of the safe people they can go to,” he said.

Arbin encourages parents to take some time at the start of the visit to orientate themselves and their children, so everyone knows where the meeting point will be if family members become separated. Children should know to go up to lifeguard stands if they become separated from their parents.

“If you wander away, go to the big white stands and talk to a lifeguard,” Arbin said.

Arbin said his staff is well trained in those situations. Each season, the Ocean City Beach Patrol reunites 1,000 to 2,000 kids with their families. He said many children, once they get to a lifeguard, are back with their families in less than five minutes.

Another important tip: Choose to swim when a lifeguard is on duty, which is between 10 a.m. and 5:30 p.m. during the season.

The beach patrol season begins Saturday, May 29, and lasts through the third weekend following Labor Day. 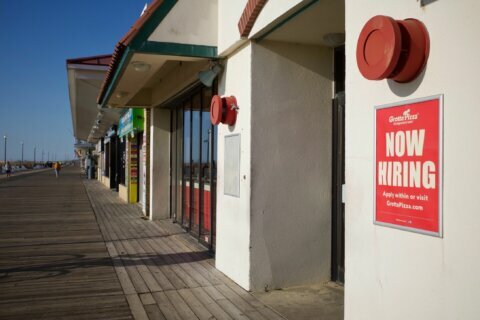 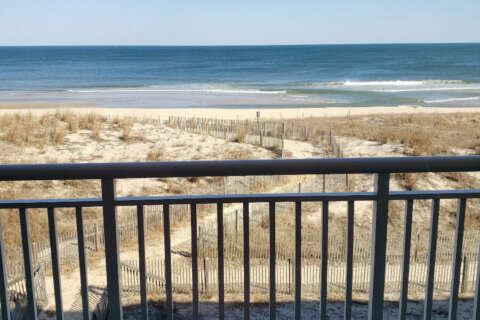