WOODLAWN, Md. (AP) — Baltimore County police released body camera footage Friday that shows a fierce exchange of gunfire between officers and a man who killed three people and set his home on fire earlier this month.

Footage from body cameras show officers arriving at a townhome community in Woodlawn where smoke is billowing from a home engulfed in flames.

A shot is heard immediately after an officer gets out of his SUV and the video shows him taking cover. He fires one shot toward the burning house and a figure in black drops to the ground.

Other officers arrive and they move closer while firing and then approach the man on his back and handcuff him.

Police say the man, Everton Brown, died as he was taken to a hospital. 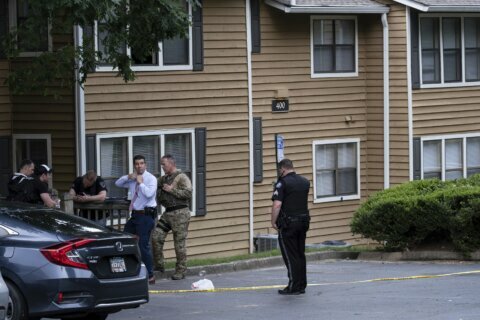