Baltimore’s new mayor is sworn in, gets pledges of support from other officials Just a week after former Baltimore Mayor Catherine Pugh stepped down amid scandal, Bernard C. “Jack” Young was sworn in as the city’s 51st mayor.

When Pugh took leave for what her lawyer said was poor health after a bout of pneumonia, Young stepped in as Baltimore’s interim leader in early April. Pugh then resigned May 2.

At the ceremony Thursday in Baltimore, Young introduced himself, saying, “To the people of Baltimore, thank you so much for providing me with strength and encouragement. We’re in this together!”

He continued, “To the people who don’t know me, my name is Jack!”

Young told the crowd that while Baltimore’s continued problems with violent crime, poverty and struggling schools loom large, there’s hope. “We have potential here in Baltimore,” he said.

He added that the city had been tested lately, but, “The people of Baltimore, much like our great city, are made tough. We are made tough in Baltimore!” he said to applause.

Referring to the city’s violent crime — including the latest spate of homicides — Young said, “I always say 99.9% of the citizens of Baltimore are law-abiding citizens. It’s the 1% that keep all of us held hostage.”

Young said it was time to change and put those committing crimes on notice. “They’re not going to take over this city. They’re not going to continue to shoot women and children, because we’re fed up and we’re tired of all of the crime that’s happening in the city of Baltimore.”

Maryland Gov. Larry Hogan told the crowd that Young’s elevation to mayor provides a new opportunity for Baltimore. Hogan said, “Together we can build better and safer communities.”

He talked about rededicating efforts to helping Baltimore. “We must rededicate ourselves to ensuring that every single child in Baltimore City has access to a world-class education, regardless of what neighborhood they happen to grow up in,” Hogan said.

Hogan added, “I have the utmost faith in the strength and character of the men and women who call Baltimore home.”

U.S. Sen. Ben Cardin referred to “Team Baltimore” in his speech, telling the crowd, “Mayor Young is the right person to lead Baltimore! We are all on Team Baltimore.” Cardin added that the partnership ran from federal to state leaders.

Newly-elected state House Speaker Adrienne Jones got a standing ovation as she stood to speak. At one point, she stumbled, explaining she didn’t have her glasses, and the crowd laughed and applauded, encouraging her as she continued.

She said, “As speaker, I will take a vested interest in Baltimore’s future.”

Former Rep. Kweisi Mfume, who also served as the leader of the NAACP, addressed Hogan, Cardin and Jones, telling them that their presence at Young’s swearing-in “underscores in a very significant way the need for there to be a real, live, ongoing partnership with Baltimore City.”

Pausing to compose himself, he singled out current council President Brandon Scott and Vice President Sharon Middleton. “Thank you for stepping up and serving with dignity, class and humility during this time of transition,” Young said.

He also recognized former mayors Stephanie Rawlings-Blake, Sheila Dixon and Martin O’Malley. But he made no mention of Pugh, whose dealings while serving on the board of the University Of Maryland Medical System led to investigations by the FBI, IRS and the Maryland Office of the State Prosecutor. 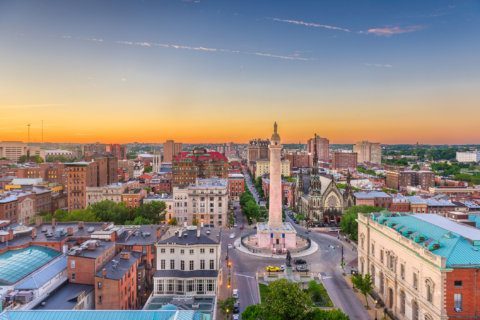 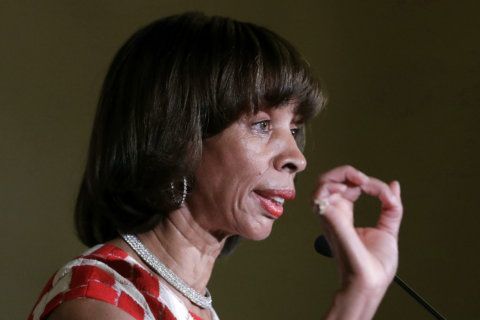 Baltimore limps along as mayor’s scandal keeps on unfolding Acting Baltimore mayor settles in as Pugh stays out of sight