Baltimore County police say a peeping Tom who was trying to set up a "spy camera" inside a mall restroom accidentally turned the camera on himself.
Listen now to WTOP News WTOP.com | Alexa | Google Home | WTOP App | 103.5 FM

WASHINGTON — Baltimore County police say a peeping Tom who was trying to set up a “spy camera” inside a mall restroom accidentally turned the camera on himself.

Now, authorities are releasing parts of the video and seeking the public’s help in identifying him.

Police said the camera was discovered inside a family restroom in the food court area of the White Marsh Mall in Baltimore around 6:30 p.m. on Dec. 23. Police said a mall customer discovered the camera taped to a partition dividing two lavatory areas.

A camera, recording equipment and an SD card containing video footage were turned over to police. The footage shows the man unintentionally recording himself putting the camera in place, police said.

In a news release, police said they believe the camera had only been installed for a short period of time, because “there were very few people caught on video.”

The department’s Crimes Against Children Unit is investigating and asks anyone who recognizes the person in the video to contact police at 410-307-2020. 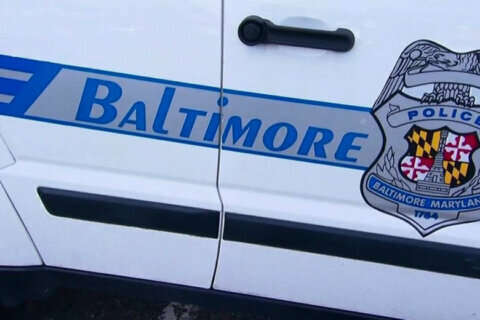