New task force cracks down on dirt bikes in Baltimore

WASHINGTON – The Baltimore Police Department introduced a new task force designed to crack down on dirt bike riding in the city.

“Not only is it against the law to possess and ride these types of vehicles in Baltimore City, but the correlation between handgun violence and the dirt bike culture is just too much to ignore,” Baltimore Assistant State’s Attorney Charles Blomquist stated.

City officials said these dirt bikers have not only been terrorizing neighborhoods all across the city, but hurting themselves and others.

“Just this past Sunday, a man driving an unregistered dirt bike, slammed into a parked car. He was not wearing a helmet and suffered significant head trauma,” Baltimore Police Commissioner Kevin Davis said at a news conference Thursday. “What’s even more disturbing is his friends who were riding with him left him on the side of the road and took his bike. He’s lucky to be alive today,” Davis said.

It’s not only riders being hurt.

Last month, a graduating senior from Fairfax County in Baltimore for the Beyoncé concert was seriously injured while crossing Pratt Street along Baltimore’s popular Inner Harbor when she was struck by a dirt bike. Davis said she suffered a fractured skull and bruising on her brain, requiring ten days of trauma care.

These riders have been terrorizing neighborhoods and threatening other motorists.

“Not only have we seen the reckless driving, but we’ve seen violence associated with dirt bike riders,” Davis stated. He shared instances when drivers have accidently hit these dirt bikers and the pack either attacked the drivers or threatened motorists by showing the gun they were carrying.

Police showed video of one of these dirt bikers meticulously loading ammunition into a handgun, making a very clear effort to do it without leaving any fingerprints. The dirt biker put the loaded gun into his pocket and then rode off.

The other issue police raised is that these dirt bikes are stored inside homes. Police said having this gasoline inside can pose a fire risk to residents.

The police department said it is willing to consider alternative venues for these off-road vehicles to be used, but their first priority is to get them off the streets to improve safety for residents and visitors in the city. 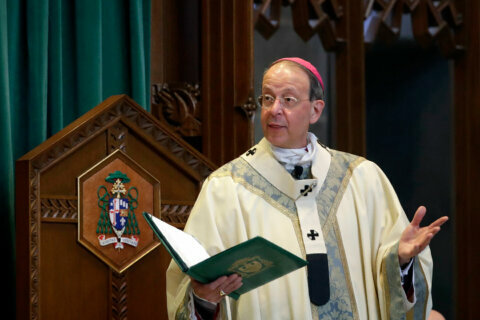