Ravens hope to rebound from injury-filled 2021

The Ravens went through a rarity under coach John Harbaugh — a losing season. Beset by injuries from the preseason on, Baltimore finally collapsed at the end, dropping its final six games. QB Lamar Jackson was among the injured, and his absence was more than the team could overcome.
Listen now to WTOP News WTOP.com | Alexa | Google Home | WTOP App | 103.5 FM

LAST YEAR: The Ravens went through a rarity under coach John Harbaugh — a losing season. Beset by injuries from the preseason on, Baltimore finally collapsed at the end, dropping its final six games. QB Lamar Jackson was among the injured, and his absence was more than the team could overcome. TE Mark Andrews did have a fine season, and K Justin Tucker provided a highlight with a game-winning 66-yard field goal at Detroit, but ultimately the Ravens couldn’t maintain their success in close games. Baltimore was hit by tragedy this offseason when 26-year-old LB Jaylon Ferguson died in June.

IMPORTANT LOSSES: Ferguson’s death was a jolt to the organization. Harbaugh remembered him as a good-hearted person who was a joy to be around, and his absence will surely be felt in training camp and beyond. Earlier in the offseason, longtime P Sam Koch retired, and so did T Alejandro Villanueva. The Ravens also parted ways with defensive coordinator Don Martindale. Other key players who aren’t back include WR Marquise Brown, WR Sammy Watkins, C Bradley Bozeman, CB Tavon Young and DE Derek Wolfe.

CAMP NEEDS: After last year’s injury woes, the Ravens will hope for progress from RBs J.K. Dobbins and Gus Edwards and CB Marcus Peters, none of whom played last season. Jackson was back at minicamp and looked fine, but his contract situation remains an issue as he enters his fifth-year option season.

KEY CAMP COMPETITIONS: Baltimore tried to shore up its secondary by signing Williams and drafting Hamilton. That put S Chuck Clark in an uncertain spot in terms of his role. Health is an issue on the offensive line as T Ronnie Stanley tries to come back from ankle problems. If he remains limited, then there would be competition at his spot. Kevin Zeitler seems set at one guard spot, with Ben Powers and Tyre Phillips in the mix at the other.

EXPECTATIONS: The Ravens can certainly chalk up last year’s disappointment to injuries. They came close to making the playoffs even with all their health problems. Jackson remains the focal point of the offense, and the big questions are whether the offensive line will be healthy enough to protect him, and whether the passing game can flourish after Brown was dealt to Arizona for a first-round draft pick. Baltimore ranked first against the run defensively — and last against the pass. Macdonald returns to the organization after a successful year on Michigan’s staff under Harbaugh’s brother Jim. 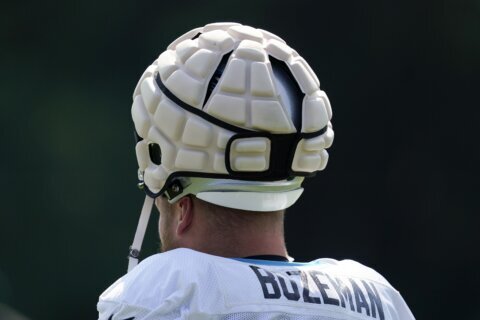 Panthers’ Bozeman carted off from practice with leg injury 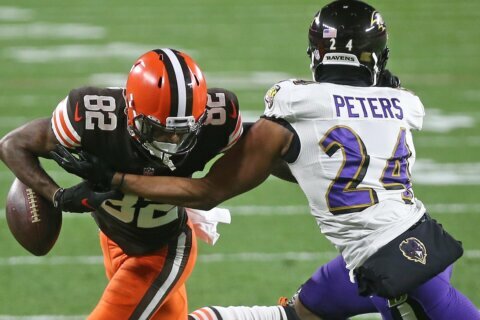 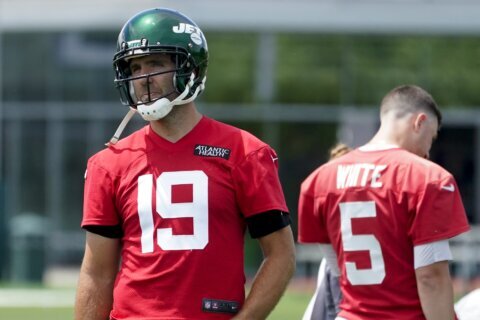