CHICAGO (AP) — Jared Goff took a couple of steps toward the line and pointed to Alec Ogletree, concerned about a potential blitz. Frank Ragnow snapped the ball as Goff walked in, and that was the end of a promising opening drive.

It was that kind of day for Detroit.

Goff and the Lions marched to first-and-goal on their first three possessions Sunday at Chicago — and came up empty each time. Those three missed opportunities loomed large when Goff threw two second-half touchdown passes to Kalif Raymond in a 24-14 loss to David Montgomery and the Bears.

It was the eighth straight loss for Detroit since it rallied for a 34-30 victory at Chicago on Dec. 6. The Lions almost stopped their slide last weekend against Baltimore, but Justin Tucker kicked an NFL-record 66-yard field goal to lift the Ravens to a 19-17 victory.

“It’s hard. We’re 0-4. We’ve lost some tough ones,” Goff said. “We’ve shown some fight. We’ve shown some good things, but ultimately, it’s not even close to good enough yet. So keep that hope, keep believing in each other.”

Goff was already losing when he touched the ball for the first time against the Bears, who took the opening kickoff and drove to Montgomery’s 4-yard touchdown run.

But Detroit looked as if it was ready to respond after an unnecessary roughness penalty on Chicago rookie Khyiris Tonga gave the Lions first-and-goal at the 8. Then Ragnow’s ill-timed snap on the next play went off Goff and right to Bears defensive end Bilal Nichols for the fumble recovery.

“The first one was on me,” Goff said. “Just trying to make some communication there. It was loud.”

The Lions (0-4) got the ball back after Montgomery’s 9-yard TD run lifted the Bears to a 14-0 lead. A 33-yard reception by Quintez Cephus moved the ball to the 5, but Goff’s fourth-down pass was tipped away by Ogletree.

Detroit’s third possession ended when Goff was stripped on a sack by Robert Quinn on third-and-goal from the 3. Khalil Mack recovered for the Bears (2-2).

“He made a good play,” Goff said. “Again, it’s just execution. They executed better than us in the red zone.”

The Lions were down 24-14 in the fourth when they got down to the Bears 8 with 4:19 left. Facing fourth-and-1, Campbell passed on the field goal opportunity and Goff threw incomplete on a pass intended for Amon-Ra St. Brown.

“No matter what the situation is, fourth-and-1, fourth-and-2, fourth-and-3, we feel like as an offense we can make a play happen,” Raymond said. “It didn’t happen today, unfortunately, but we trust each other to make those plays.”

“We’ve kind of shot ourselves in the foot now the last couple weeks with some of this stuff,” Campbell said. “That would tell me that we got to do a lot more of it and we need to make the stakes a little higher is what it would tell me. We need to be pressuring ourselves a little bit more and putting a little more onus on it if you will.” 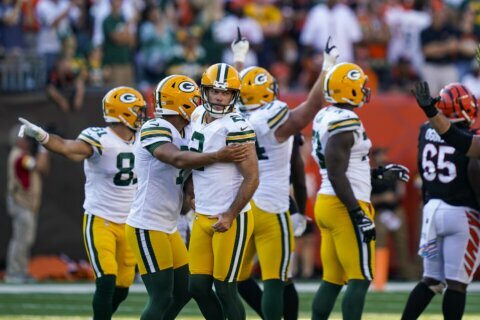 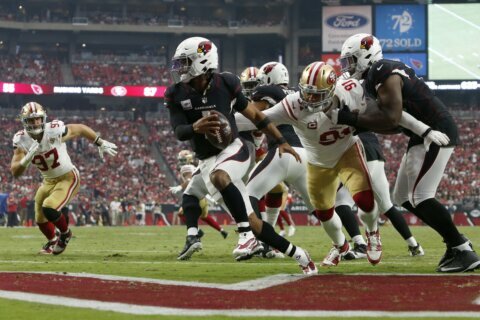 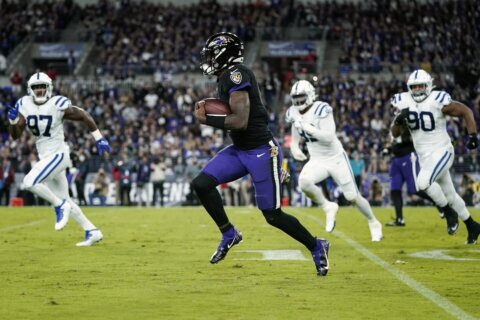