The Ravens are 35-13 over the past three regular seasons. The question is whether Baltimore can take the next step to contend with Kansas City for a Super Bowl berth.
Listen now to WTOP News WTOP.com | Alexa | Google Home | WTOP App | 103.5 FM

LAST YEAR: The Ravens won five of their first six games, then recovered from a midseason slump to win five in a row down the stretch. They also won a playoff game for the first time in six seasons, but their offense fell flat in a 17-3 loss at Buffalo that ended their season. Baltimore ranked No. 1 in rushing for a second straight season. Quarterback Lamar Jackson rushed for 1,005 yards, and two other players eclipsed 700. However, the Ravens were dead last in passing.

CAMP NEEDS: Baltimore brought in Watkins to shore up the passing game, and the Ravens also drafted receiver Rashod Bateman in the first round. It’ll be important for Jackson to develop chemistry with those two as quickly as possible. Left tackle Ronnie Stanley’s return from an ankle injury will be worth watching, especially after Baltimore traded Brown to Kansas City for a package of draft picks. There’s also been plenty of chatter about a contract extension for Jackson, although he’s not due to become an unrestricted free agent until 2023. So if there’s no deal before camp, it might not be that big a distraction.

EXPECTATIONS: The Ravens are 35-13 over the past three regular seasons. The question is whether Baltimore can take the next step to contend with Kansas City for a Super Bowl berth. Buffalo and Cleveland are on the rise, and division rival Pittsburgh is coming off a 12-4 season. In a conference where eight teams went at least 10-6 last season, there isn’t much room for error. But the Ravens have a proven running game and a 24-year-old quarterback who has won an MVP. That’s a pretty strong foundation. 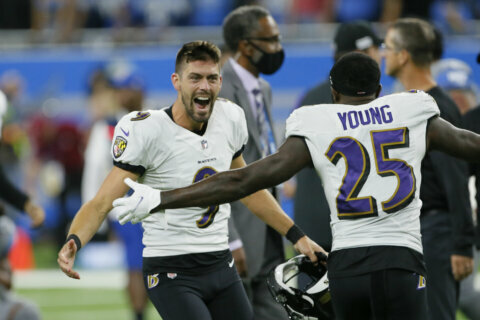 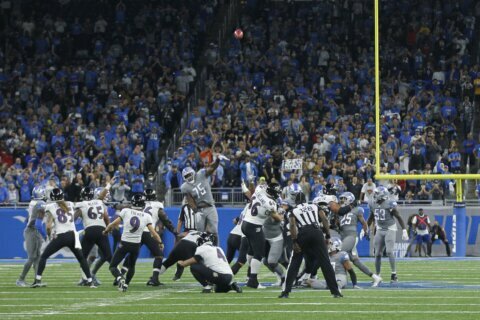 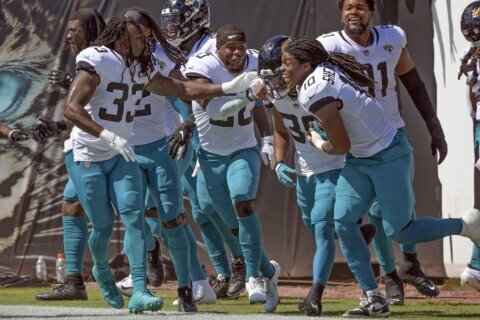