A whopping 17 teams made a change at hitting coach in the offseason. The Brewers, Baltimore Orioles and Seattle Mariners opted to give the title to two people after previously going with one, joining the Houston Astros and Los Angeles Dodgers.
Listen now to WTOP News WTOP.com | Alexa | Google Home | WTOP App | 103.5 FM
(1/10) 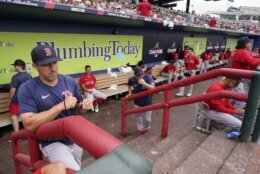 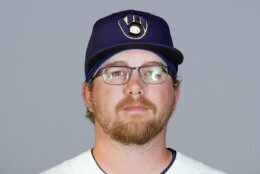 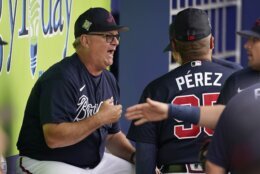 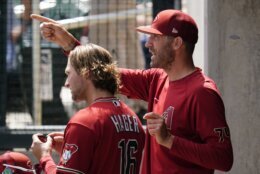 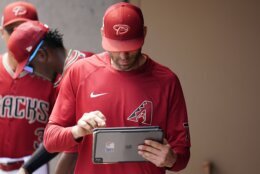 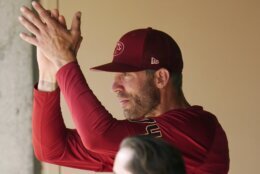 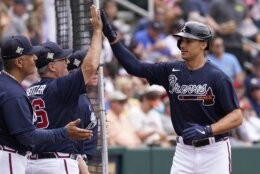 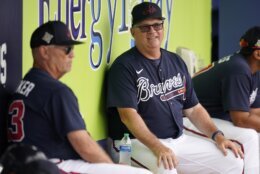 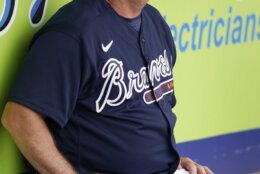 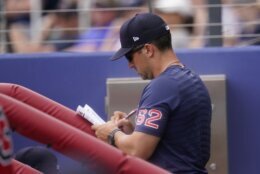 PHOENIX (AP) — Connor Dawson is a psychologist, gatekeeper, analyst and strategist. And a hitting coach, too.

“There’s just so much out there for one guy to handle now that wasn’t the case 20 years ago,” Dawson said.

The 28-year-old Dawson is one of two new hitting coaches for the Milwaukee Brewers, hired along with Ozzie Timmons after Andy Haines was let go in October. Haines ended up in Pittsburgh, part of a remarkable shakeup for one of the highest profile positions on a major league coaching staff.

A whopping 17 teams made a change at hitting coach in the offseason. The Brewers, Baltimore Orioles and Seattle Mariners opted to give the title to two people after previously going with one, joining the Houston Astros and Los Angeles Dodgers.

“By a significant amount the hitting coach is the toughest staff job, including the manager. For sure,” said Tony La Russa, the 77-year-old Hall of Fame manager of the Chicago White Sox.

“Those other guys have to work, but hitters hit every day and there’s a lot of them. And trying to get them right, keep them right. I don’t know if it’s just they get worn out, I don’t know. … You see a hitting coach that’s got longevity, man, you cannot give them enough credit.”

The widespread changes at hitting coach occurred after the major league batting average dipped to .244 last season, its lowest since the year of the pitcher in 1968. There were a record 2,664 more strikeouts than hits, the gap increasing from 1,147 during the pandemic-shortened 2020 season and 784 in 2019, when strikeouts topped hits for the first time.

“We’re in a stage with it that other areas of the game have provided some concrete ways to move forward and we’re still really searching for ways that we think can sustain in helping hitters,” Brewers manager Craig Counsell said. “We’re trying a lot of different things and I think that’s why you’re seeing the coaches cycle. And it’s because it’s a really difficult job.”

Today’s hitting coaches do a lot more than just coach hitting, a daunting task in and of itself since it involves knowing the swings of every position player on the roster — a group that most likely varies dramatically in size, strength and experience.

They also help their players find the right mindset for a task that usually results in failure. They sift through an ever-expanding amount of information to help determine what is useful for each hitter and what can be discarded. They shape how their team plans to attack an opponent’s pitching staff.

“At the big league level, a lot of guys know what their swing does. They know how to formulate a game plan,” Diamondbacks catcher Carson Kelly said. “So I think a lot of it is reassurance and giving information. Just basically having as much information as we can to help us try to move forward when we’re struggling and find ways to make adjustments over a long season.”

Dawson said he felt his job was about 30% coaching versus 70% working on psychology and mindset.

“Honestly, they’re so intertwined and overlapped that it’s really a full-time thing,” he said. “It’s hard to separate the two just ’cause you can’t have one without the other.”

The Cubs are on their fifth hitting coach since 2014 after hiring Greg Brown in November. Brown, 41, spent the past two seasons as the minor league hitting coordinator for Tampa Bay.

Assistant hitting coach Johnny Washington was hired in December, and manager David Ross made it sound as if it extends into much of the team’s coaching staff.

“We talk hitting a lot, and sometimes we can steer a guy to what he talks about with whatever kind of hitting coach we have,” Ross said.

One big reason behind all the changes at hitting coach is the developing technology, with the industry working to catch up to the advanced data available to big league pitchers.

As the tools are introduced, some coaches are better suited to making the most of the new information.

“You’ve got a lot more ways to measure and data and technology that we’re trying to implement into the hitting department that has been already put into the pitching aspect,” Ross said. “Knowing how to read those findings, knowing how to talk that language, and also still be able to relate to players is an extremely different skillset for a lot of guys that have been in the game for a long time.” 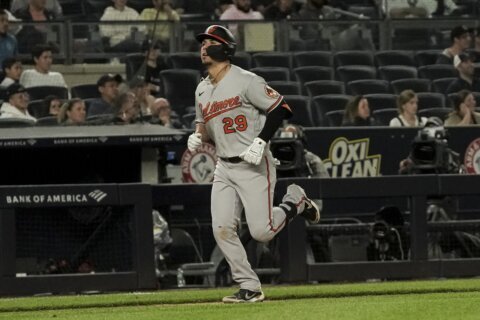 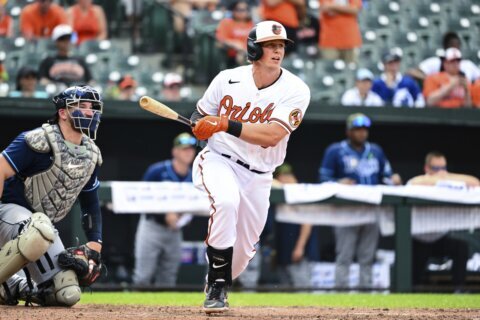