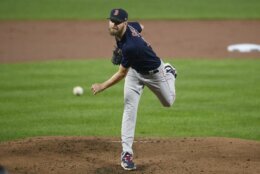 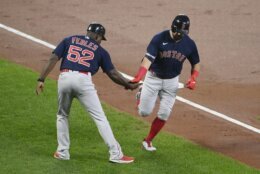 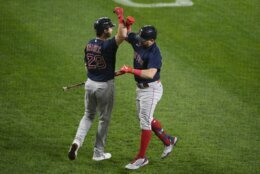 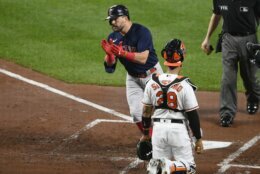 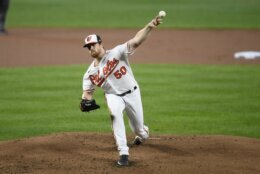 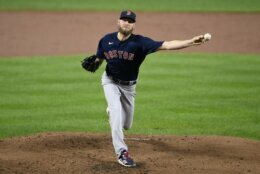 BALTIMORE (AP) — There is no sure thing these days for the Boston Red Sox, who are faltering at the worst possible time in their bid to earn a playoff berth.

Boston maintained a one-game advantage over Toronto for the second and final AL wild-card slot with five games left and dropped two games behind the Yankees for the No. 1 spot. New York swept a three-game weekend series at Fenway Park.

After a day off to regroup, Boston launched its final trip of the season with a matchup against the last-place Orioles. The Red Sox had won 12 of their last 13 games against Baltimore, and Sale’s domination of the Orioles — 10-0 in his previous last 13 starts — made the matchup appear even more lopsided.

And yet, the Red Sox managed only three hits and made two errors in a humbling defeat.

“There’s no doubt we’ve been getting (dragged) through the mud the past four days,” Sale said. “We know where we’re at, we know what we’re up against.”

Kyle Schwarber put the Red Sox up with his 32nd home run in the second inning, and Hunter Renfroe added a solo shot in the sixth. But Boston’s only other hit was an infield single by Renfroe in the third.

“There were a lot of empty at-bats and we didn’t put pressure on them. A lot of quick outs,” manager Alex Cora lamented. “We need to be better offensively.”

Sale (5-1) coasted through five innings, but in the sixth Kelvin Gutiérrez beat out an infield hit and Mountcastle went deep to tie it.

“He was throwing me a lot of those changeups, and that one he left over the plate,” said Mountcastle, who struck out his first two at-bats.

Austin Hays followed with a single to end Sale’s night before Pedro Severino delivered an RBI single off Hansel Robles.

Sale gave up three runs and four hits, struck out six and walked two in his eighth start following elbow ligament replacement surgery. The lefty returned in August with a win over Baltimore and backed that up by beating the Orioles again on Sept. 17.

Activated from the injured list before the game, Baltimore starter Bruce Zimmermann allowed one run, two hits and two walks over four innings in his first appearance since June 13. The rookie originally was sidelined with left biceps tendinitis before spraining his right ankle during the rehabilitation process.

Marcos Diplán (2-0) pitched two innings, Joey Krehbiel retired all six batters he faced and Cole Sulser worked the ninth for his eighth save. Baltimore has lost six games this season when holding a ninth-inning lead.

Red Sox: RHP Garrett Whitlock (pectoral strain) threw around 60 pitches on the side Tuesday. “He felt good. Now we’ll see how he reacts today and tomorrow,” Cora said. Whitlock (8-4, 1.99 ERA) can come off the IL on Thursday, but Cora said that’s likely not going to happen. … Cora had no update on LHP Josh Taylor (lower back strain).

Orioles: OF Anthony Santander’s injury-plagued season ended Tuesday when he was placed on the 10-day IL with a right knee sprain. “He’s been banged up for a while now,” manager Brandon Hyde said. “It was a strange year for him in that he was never fully healthy. I give him a lot of credit for hanging in there.” Santander had 18 homers and 50 RBIs in 110 games. … RHP Chris Ellis (right shoulder inflammation) was put on the 10-day IL.

Red Sox: RHP Nathan Eovaldi (10-9, 3.88 ERA) starts Wednesday night, looking to rebound from a rocky start against the Yankees in which he allowed seven runs in 2 2/3 innings. Boston was 6-0 in his previous six starts.