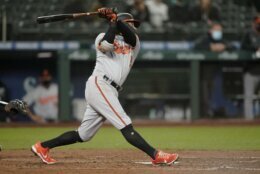 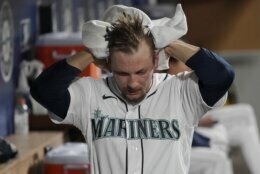 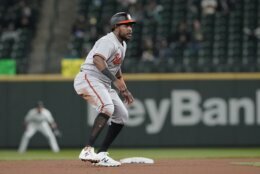 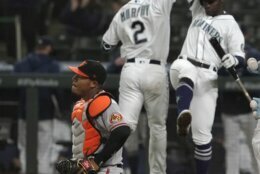 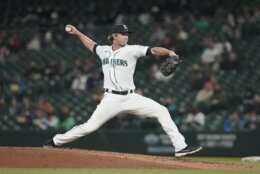 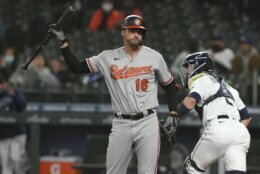 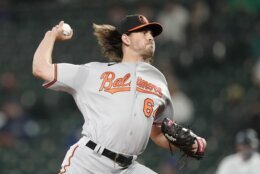 SEATTLE (AP) — Cedric Mullins and Freddy Galvis each hit a two-run homer in Baltimore’s five-run eighth inning as the Orioles rallied for a 5-3 win over the Seattle Mariners on Monday night.

Shut down by Seattle’s bullpen for seven innings, the Orioles broke loose in the eighth. Mullins got it started with a shot off Anthony Misiewicz (2-1) to right-center field that was nearly stolen at the wall by right fielder Mitch Haniger. The ball appeared to graze the top of Haniger’s glove as he crashed into the fence.

“I knew it had a chance and at the same time I knew it had a chance to stay in as well,” Mullins said. “When he jumped, I had no visual of what had happened. I just saw him jump up, heard the crowd go crazy and thought he had it. But he looked like he wasn’t sure. He was kind of slow to get up.”

It was the first earned run allowed by Misiewicz in his 13th appearance.

“I know I’m out there a lot, but it’s my job. When my number is called I have to perform to the best of my ability,” Misiewicz said. “Tonight I had an off day.”

Maikel Franco added an RBI groundout to score Austin Hays after he doubled, and Galvis followed with the decisive blow, taking Wyatt Mills out to left-center.

Mullins’ homer was his fifth of the season, and Galvis hit his third.

Dean Kremer had arguably the best start of his young career, throwing six innings for Baltimore and allowing just two hits and one run. The only blemish was Tom Murphy’s solo homer in the fifth.

“I thought Dean was in control the whole way through. I liked his tempo, the life to his fastball. Saw some good changeups tonight,” Orioles manager Brandon Hyde said. “He pitched extremely aggressive tonight and that was fun to watch.”

Cole Sulser (1-0) pitched the seventh, but Shawn Armstrong ran into trouble in the eighth. He gave up a two-run homer to Haniger, his eighth of the season. That’s all the Mariners got, though, as Tanner Scott finished the eighth and César Valdez pitched the ninth for his seventh save.

Seattle has scored three runs or fewer in six of its past nine games.

With injuries to the starting rotation, the Mariners turned to their bullpen to try and navigate the Orioles’ lineup. Erik Swanson started off with two perfect innings and the four relievers that followed continued to blank Baltimore until the eighth. Seattle had not allowed a run in 21 innings before Mullins went deep.

“You never know what is going to happen in a bullpen game,” Seattle manager Scott Servais said. “When you use that many, it’s hard for all of them to be perfect when they go out there.”

Along with the homer, Mullins had a single in the third inning and doubled in the ninth to give him an AL-high 38 hits. The 3-for-5 night raised Mullins’ batting average to .333.

The Mariners will begin offering COVID-19 vaccines to fans attending games starting Tuesday. The team is partnering with the City of Seattle and Virginia Mason Franciscan Health to provide either the two-shot Moderna vaccines or the one-shot Johnson & Johnson vaccine. It’s a similar partnership to the one the Seattle Sounders offered to soccer fans beginning with their match on Sunday.

Orioles: D.J. Stewart was scratched from the original lineup due to lower back stiffness. Stewart was originally slated to start in right field and bat fifth. Hyde said Stewart was receiving treatment before the game and was considered day-to-day.

Orioles: Jorge López (1-3, 7.48 ERA) will make his sixth start of the season. López did not factor in the decision last time out against the Yankees and did not allow a home run for the first time in eight starts.

Mariners: RHP Justin Dunn (1-0, 3.98) makes his fifth start of the year. Dunn’s only win came against Baltimore on April 15 when he allowed one run and two hits in five innings. 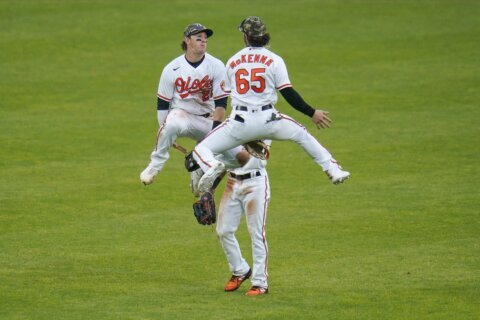 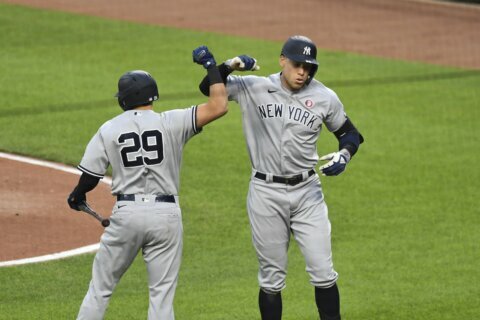 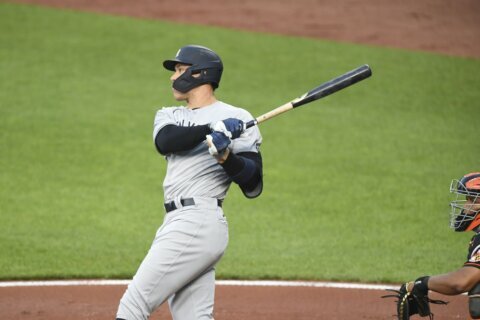