Jerry Booth has been on the radio in the D.C. and Baltimore areas for more than 20 years — first, as a music radio disc jockey, then joining the now defunct Metro Traffic in 1997.

After moving to the D.C. area in 2002, Jerry worked for a company providing traffic information to XM Radio, then to a traffic subcontractor, where he did reports for a number of radio and TV stations in the mid-Atlantic.

Jerry landed at WTOP in early 2014, where you can hear him doing reports on air, filing actualities from accident scenes, answering tip calls in the WTOP traffic Center, or holding down first base on the WTOP softball team.

In his spare time Jerry enjoys playing drums, going to concerts, working out and spending time with his wife and two cats. 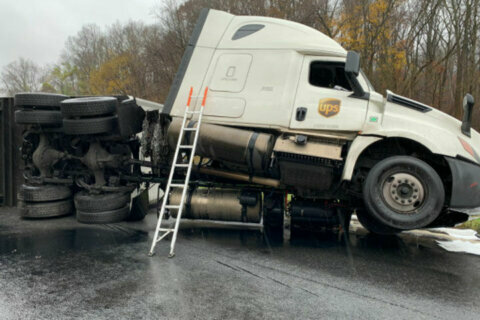