SYDNEY (AP) — WNBA star Liz Cambage has been omitted from Australia’s preliminary squad for next year’s Women’s Basketball World Cup in Sydney, a day after saying she had “zero” interest in playing again for the Opals.

The 30-year-old Las Vegas Aces center announced her unavailability in a frank Instagram post and was not included Monday among a squad of 24 players named by Basketball Australia.

Cambage posted part of an email from Basketball Australia which asked her to comfirm her availability for selection for the World Cup.

“We are reaching out to you respectfully to determine whether you want to be considered as a squad member or not for World Cup 2022,” the Basketball Australia email said. “If you are not interested in that journey and the commitment required by all squad members then BA would appreciate you advising us accordingly.”

Cambage responded “do you ever get sick of lying on my name? My interest was and still is zero.”

Cambage last month was reprimanded by Basketball Australia over a verbal altercation with Nigeria players during a warm-up game ahead of the Tokyo Olympics. BA chose not to impose a fine or suspension.

United States-born Sami Whitcomb has been included in the Opals squad. A two-time WNBA champion with the Seattle Storm, Whitcomb became an Australian citizen in 2018.

“Playing in a World Cup in Australia is everything. It doesn’t get any better than this,” the Ventura, California-born Whitcomb said. “It’s such an honor to suit up in the green and gold and while you make the squad it doesn’t guarantee making the team, so for now I’ll keep my head down and keep working my butt off.” 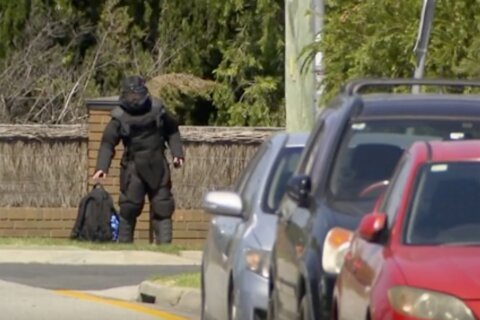 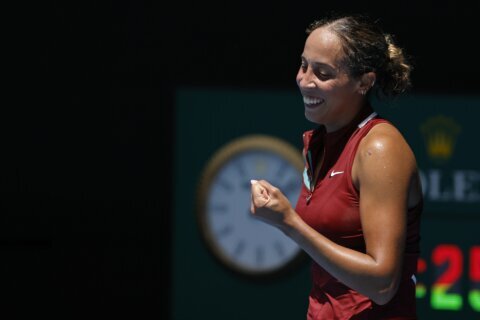 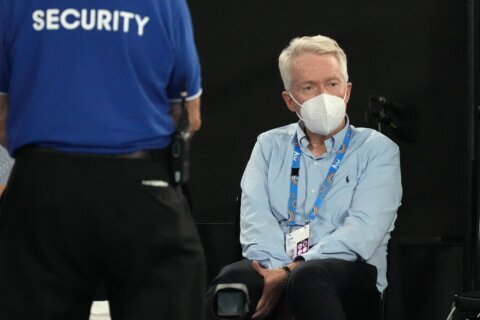 Where is Peng Shuai? T-shirts will be OK at Australian Open