Novak Djokovic is aiming to win his ninth Australian Open championship and 18th Grand Slam title overall when he takes on Daniil Medvedev in the men’s final at Rod Laver Arena. The No. 1-seeded Djokovic is 8-0 in finals at Melbourne Park and is trying to close the gap with rivals Roger Federer and Rafael Nadal for most Slam trophies won by a man. They each have 20. Djokovic appears to have overcome a stomach muscle problem that he picked up in his third-round match. The No. 4-seeded Medvedev is in his second major final. He lost to Nadal at the 2019 U.S. Open. Medvedev is on a 20-match winning streak that includes 12 wins against Top 10 opponents, with one of those coming against Djokovic last season.

“Thank you for opening your hearts and your arms towards us. For sure, I feel like playing a Grand Slam right now is a super privilege and it’s something that I won’t take for granted.” — Osaka, addressing the crowd of more than 7,000 at Rod Laver Arena, which was at 50% percent capacity because of COVID-19 restrictions. There were no spectators allowed when she won the U.S. Open in September. 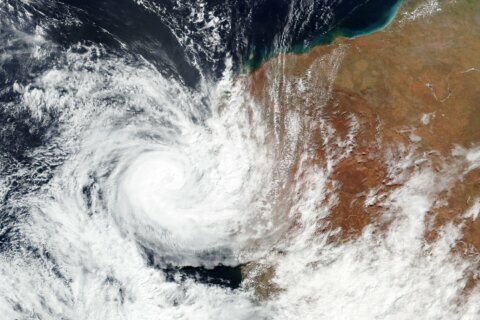