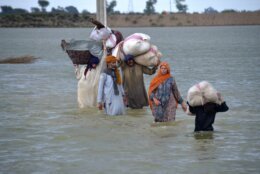 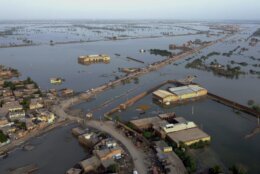 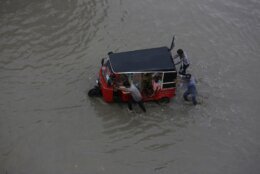 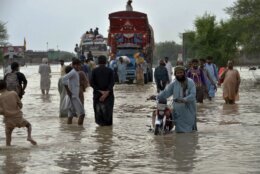 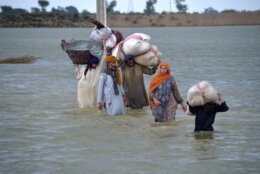 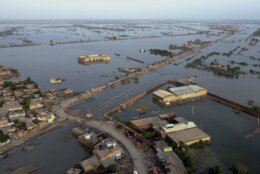 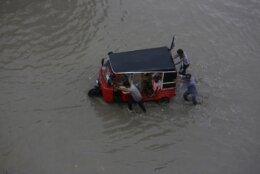 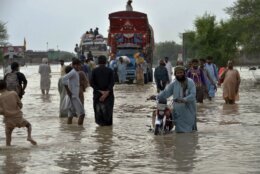 Climate change likely juiced rainfall by up to 50% late last month in two southern Pakistan provinces, but global warming wasn’t the biggest cause of the country’s catastrophic flooding that has killed more than 1,500 people, a new scientific analysis finds.

Pakistan’s overall vulnerability, including people living in harm’s way, is the chief factor in the disaster that at one point submerged one-third of the country under water, but human-caused “climate change also plays a really important role here,” said study senior author Friederike Otto, a climate scientist at Imperial College of London.

There are many ingredients to the still ongoing humanitarian crisis — some meteorological, some economic, some societal, some historic and construction oriented. Add to that weather records that don’t go back far enough in time.

With such complications and limitations, the team of international scientists looking at the disaster couldn’t quantify how much climate change had increased the likelihood and frequency of the flooding, said authors of the study. It was released Thursday but not yet peer reviewed.

What happened “would have been a disastrously high rainfall event without climate change, but it’s worse because of climate change,” Otto said. “And especially in this highly vulnerable region, small changes matter a lot.”

But other human factors that put people in harm’s way and weren’t adequate to control the water were even bigger influences.

“This disaster was the result of vulnerability that was constructed over many, many years,” said study team member Ayesha Siddiqi of the University of Cambridge.

August rainfall in the Sindh and Balochistan provinces — together nearly the size of Spain — was eight and nearly seven times normal amounts, while the country as a whole had three-and-a-half times its normal rainfall, according to the report by World Weather Attribution, a collection of mostly volunteer scientists from around the world who do real-time studies of extreme weather to look for the fingerprints of climate change.

The team looked at just the two provinces over five days and saw an increase of up to 50% in the intensity of rainfall that was likely due to climate change. They also looked at the entire Indus region over two months and saw up to a 30% increase in rainfall there.

The scientists not only examined records of past rains, which only go back to 1961, but they used computer simulations to compare what happened last month to what would have happened in a world without heat-trapping gases from the burning of coal, oil and natural gas — and that difference is what they could attribute to climate change. This is a scientifically valid technique, according to the U.S. National Academy of Sciences.

Study co-author Fahad Saeed, a climate scientist at Climate Analytics and the Center for Climate Change and Sustainable Development in Islamabad, Pakistan, said numerous factors made this monsoon season much wetter than normal, including a La Nina, the natural cooling of part of the Pacific that alters weather worldwide.

But other factors had the signature of climate change, Saeed said. A nasty heat wave in the region earlier in the summer — which was made 30 times more likely because of climate change — increased the differential between land and water temperatures. That differential determines how much moisture goes from the ocean to the monsoon and means more of it drops.

And climate change seemed to slightly change the jet stream, storm tracks and where low pressure sits, bringing more rainfall for southern provinces than they usually get, Saeed said.

“Pakistan has not contributed much in terms of causing global climate change, but sure is having to deal with a massive amount of climate change consequences,” said University of Michigan environment dean Jonathan Overpeck, who wasn’t part of the study.

Overpeck and three other outside climate scientists said the study makes sense and is nuanced properly to bring in all risk factors.

The nuances help “avoid overinterpretation,’’ said Stanford University climate scientist Chris Field. “But we also want to avoid missing the main message — human-caused climate change is increasing the risks of extreme events around the world, including the devastating 2022 Pakistan flooding.” 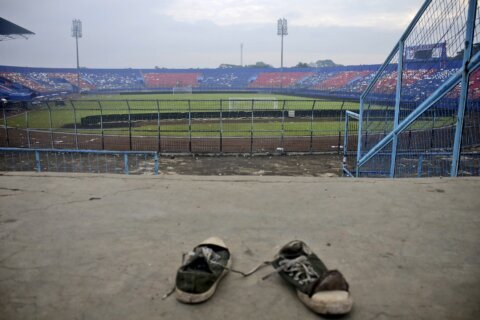 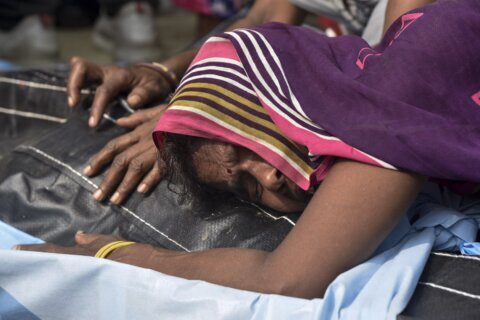