A Belgian-British teenage pilot was on track Tuesday to become the youngest person to fly around the world solo in a small plane as he landed in southern Belgium ahead of the penultimate leg of his global odyssey.
Listen now to WTOP News WTOP.com | Alexa | Google Home | WTOP App | 103.5 FM
(1/10) 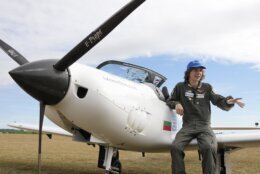 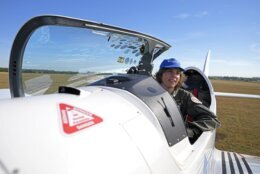 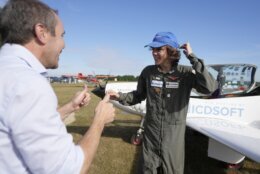 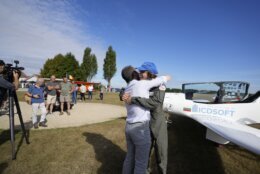 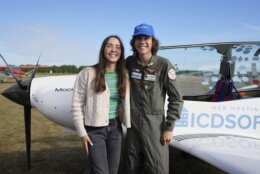 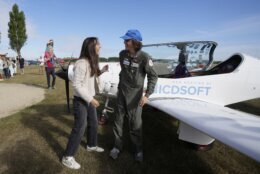 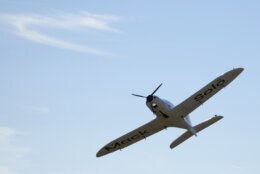 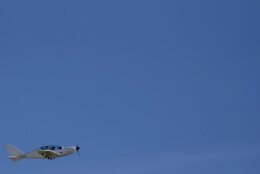 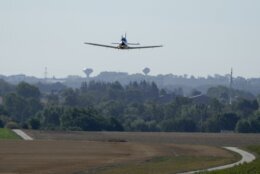 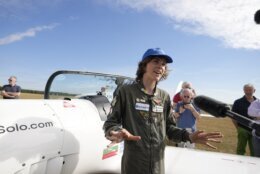 CHARLEROI, Belgium (AP) — A Belgian-British teenage pilot was on track Tuesday to become the youngest person to fly around the world solo in a small plane as he landed in southern Belgium ahead of the penultimate leg of his global odyssey.

Mack Rutherford, who turned 17 during the journey, touched down at Buzet Airstrip near the city of Charleroi, where he originally learned to fly. He’s due to land in Bulgaria on Wednesday. His aim: to displace Travis Ludlow of Britain, who was 18 when he set the record in 2021.

Rutherford is flying a Shark, one of the fastest ultralight aircraft in the world with a cruising speed reaching 300 kph (186 mph), which has been specially fitted out for the long journey. It’s normally a two-seater, but an extra fuel tank has been installed next to the young pilot.

It’s the same kind of aircraft used by his 19-year-old sister, Zara Rutherford, when she set the world record on Jan. 20 for the youngest woman to fly solo around the world.

Mack’s lonely journey, which began on March 23, took him through 52 countries over five continents. To conform with Guinness World Records requirements, the route crossed the equator twice.

“It was supposed to take between two to three months and it’s been five months now,” he told The Associated Press. Administrative formalities in Crete and Dubai “because of paperwork issues, visas, permits, things like that,” caused the delay.

The flight took him through Africa and the Gulf region — where he face periods of extreme heat — then on to India, China, South Korea and Japan. From there, he headed to Alaska and down the U.S. West Coast to Mexico. The teen then headed north again along the U.S. East Coast to Canada, across the Atlantic via Iceland, to the U.K. and Belgium.

If all goes well, and weather permitting, he’ll fly east across Europe via Slovakia and land at an airport in the Bulgarian capital, Sofia, on Wednesday.

“They have got around the world safely, effectively, professionally. And they’ve shown to other youngsters that you don’t have to be 18 even, and certainly not 30, to make a difference and do something and follow your dreams,” he told AP.