SINGAPORE (AP) — Olympic gold-medal swimmer Joseph Schooling has apologized for using cannabis in Vietnam while competing there on leave from military service in his native Singapore.

Schooling achieved superstar status in Singapore when he won his country’s first and only Olympic title at the 2016 Rio de Janeiro Games. He won the 100 meters butterfly beating Michael Phelps in the American great’s last Olympic race.

The 27-year-old swimmer “confessed to have consumed cannabis overseas in May,” the Singapore Ministry of Defense said in a statement Tuesday.

“I gave in to a moment of weakness after going through a very tough period of my life,” Schooling said in a message posted late Tuesday on his Instagram account. “I am sorry that my actions have caused hurt to everyone around me, especially to my family and the young fans who look up to me.”

He had been on leave to compete at the South-East Asian Games in Hanoi where he won two gold medals.

“I made a mistake and I’m responsible for what I’ve done. I will make amends and right what is wrong. I won’t let you down again,” Schooling wrote.

The defense ministry said Schooling was formally warned and “will be placed on a supervised urine test regime for six months.”

Schooling “will no longer be eligible for leave or disruption to train or compete while in (national service),” the ministry said, and faces up to nine months detention in barracks for any subsequent drug abuse.

Schooling won his Olympic title while training and studying at the University of Texas in Austin before returning to Singapore. At the Tokyo Olympics last year, he was eliminated in the heats defending his 100 butterfly title. 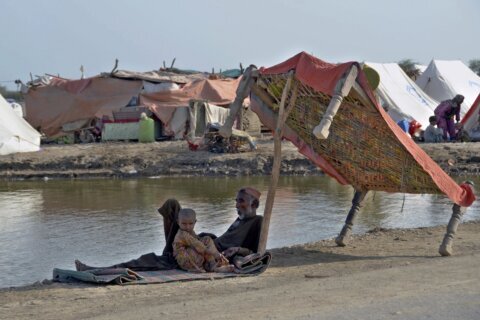