FOURTH OF JULY NEWS: Sheetz dropping gas prices through July 4th | Where to watch fireworks at National Mall | FAQ: ‘A Capitol Fourth’ returns live | Get up early if driving out of town
Home » Asia News » Floods in India, Bangladesh… 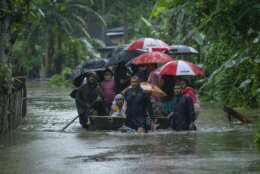 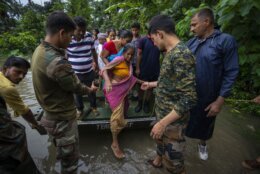 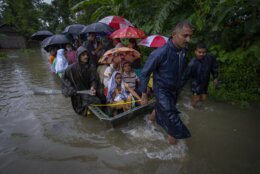 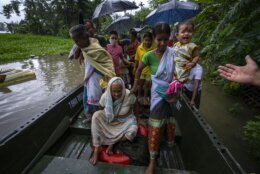 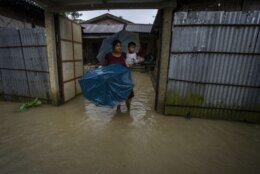 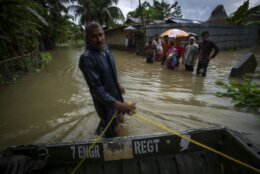 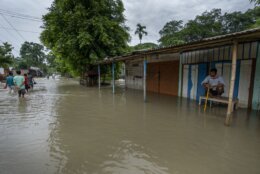 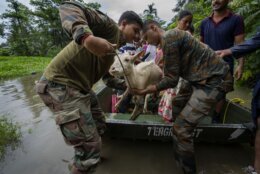 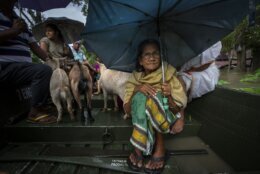 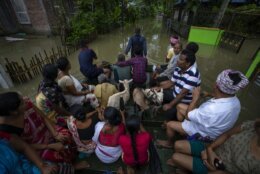 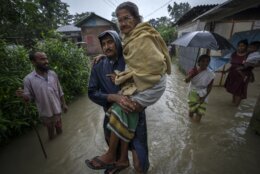 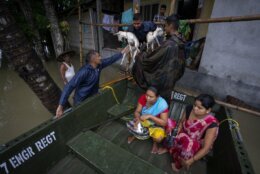 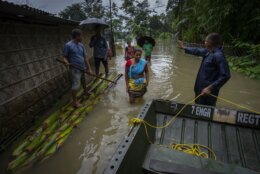 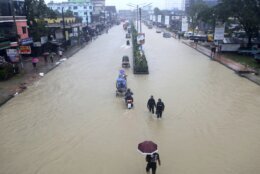 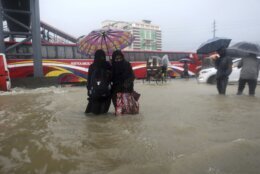 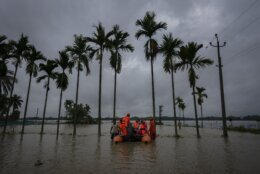 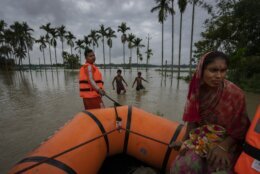 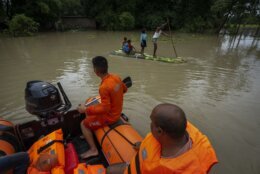 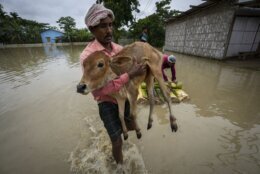 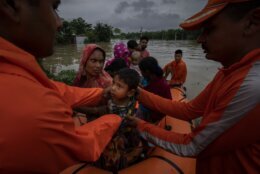 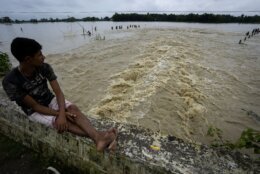 In India’s Assam state, at least nine people were killed in the floods and 2 million saw their homes submerged, according to the state disaster management agency. Lightning strikes in parts of neighboring Bangladesh have left at least nine dead since Friday.

Both countries have asked their militaries for help as more flooding looms with rains expected to continue over the weekend.

In Sylhet in northeastern Bangladesh, on the banks of the Surma River, children sat on a window of an inundated house while other family members gathered on a bed inside their flooded home, some wondering how to make it through the ordeal.

“How can we eat (in this condition)?” said Anjuman Ara Begum, standing in the water inside her kitchen. “We are living on muri (puffed rice) and chira (flattened rice) and other things given by people. What else can we do? We can’t cook.”

Flights at Osmani International Airport in Sylhet were suspended for three days as floodwaters almost reached the runway, according to Hafiz Ahmed, the airport manager. The Sylhet Sunamganj highway also was flooded but motorbikes were moving along.

Water levels in all major rivers across the country were rising, according to the flood forecasting and warning center in Dhaka, the capital. The country has about 130 rivers.

The center said the flood situation is likely to deteriorate in the worst-hit Sunamganj and Sylhet districts in the northeastern region as well as in Lalmonirhat, Kurigram, Nilphamari and Rangpur districts in northern Bangladesh.

The Brahmaputra, one of Asia’s largest rivers, breached its mud embankments, inundating 3,000 villages and croplands in 28 of Assam’s 33 districts across the border in India.

“We expect moderate to heavy rainfall in several parts of Assam till Sunday. The volume of rainfall has been unprecedented,” said Sanjay O’Neil, an official at the meteorological station in Gauhati, Assam’s capital.

Several train services were canceled in India amid the incessant downpour over the past five days. In southern Assam’s Haflong town, the railway station was underwater and flooded rivers deposited mud and silt along the rail tracks.

India’s army has been mobilized to assist disaster response agencies in rescuing stranded people and providing food and other essentials. Soldiers used speedboats and inflatable rafts to navigate through submerged areas.

Last month, a pre-monsoon flash flood, triggered by a rush of water from upstream in India’s northeastern states, hit Bangladesh’s northern and northeastern regions, destroying crops and damaging homes and roads. The country was just starting to recover when fresh rains flooded the same areas again this week.

Bangladesh, a nation of 160 million people, is low-lying and faces threats from natural disasters such as floods and cyclones, made worse by climate change. According to the U.N.’s Intergovernmental Panel on Climate Change, about 17% of people in Bangladesh would need to be relocated over the next decade or so if global warming persists at the present rate.