Official final returns from Sunday’s polls are due to be released on June 26. However, a statement released Monday by the committee said Hun Sen’s Cambodian People’s Party won 9,338 out of the 11,622 commune council seats that were contested.

In the aggregated popular vote, Hun Sen’s party received 5.3 million votes, the Candlelight Party 1.6 million votes and the royalist Funcinpec Party 900,000 votes, with the remainder scattered among much smaller groups, reported Bayon Radio, which is controlled by Hun Sen’s daughter.

Hun Sen, an authoritarian ruler in a nominally democratic state, has held power for 37 years. He has said he intends to stay in office until 2028 and has endorsed one of his sons to succeed him.

The commune elections, held a year ahead of the general election, are regarded as a test of the contending parties’ strengths.

The Cambodia People’s Party has held an iron grip on power for decades, and has the huge advantage of controlling almost every level of local as well as national government. Its opponents were less organized, with fewer resources and fearful of intimidation.

It is the unofficial successor to the Cambodia National Rescue Party, which made a much stronger second place challenge to the ruling party in the last communal elections in 2017.

In the elections’ aftermath, the Cambodian National Rescue Party was dissolved by the Supreme Court ahead of the 2018 general election on the thinly supported ground that it was involved in treasonous activity.

The court ruling forced all Cambodian National Rescue Party members from their local and national elected positions, and kept it off the ballot in the 2018 election, paving the way for a clean sweep of all the seats in the National Assembly by Hun Sen’s party.

The royalist Funcinpec Party won 19 seats on Sunday, with the handful of remaining seats shared among six relatively unknown parties.

The Candlelight Party issued a statement Monday charging that the polls were neither free nor fair.

It said it had been intimidated by the authorities, starting with when the lists of its candidates and election observers were being prepared.

It also said the National Election Committee did not act on its complaints of vote-buying and threats, and that some of its observers, as well as those from independent poll watching groups, had been blocked from monitoring the vote counting.

The party charged that the election committee was biased in favor of the Cambodian People’s Party, whose members, it said, filled its ranks at every level.

Russia’s war in Ukraine to overshadow G20 talks in Bali 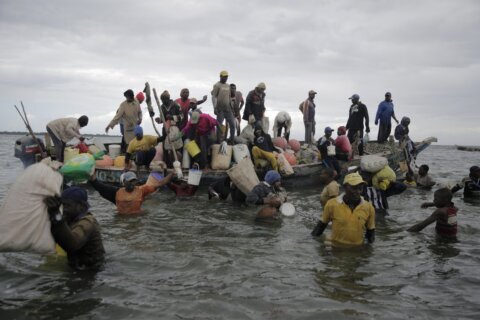