From banking to sports to vodka, Russia’s isolation grows

It’s a globalized world — a planet stitched together by intricate supply chains, banking, sports and countless other threads of deep connection. Until it isn’t.

Exhibit A: Russia this week, abruptly cut off from the larger world on multiple fronts. Its ability to bank internationally has been curtailed. Its participation in major international sports is crumbling. Its planes are restricted over Europe. Its vodka may no longer be welcome in multiple U.S. states. Even Switzerland, whose very name is shorthand for neutrality, is carefully turning its back on Vladimir Putin.

In barely three days, Russia has become an international outcast because of its invasion of Ukraine, and its leader is finding himself with fewer and fewer foreign friends. What’s more, the actions against Moscow are happening in diverse, far-reaching ways that are remarkable for — and in some cases helped along by — the extremely connected world in which we live.

“Something has happened here. It has cascaded in ways no one could have envisioned three or four days ago,” said Andrew Latham, a professor of international relations at Macalester College and a geopolitics expert. “It’s really a strange, strange thing to be watching.”

In just the past three days, a flurry of major moves has happened in rapid fire — both sanctions from governments and actions from the alliances, organizations and people that surround them. Together, in many ways they outdo some of the world’s most recent sanctions packages, including those against Iran and North Korea.

European nations, notably united on the issue, have closed their airspace to Russian planes. The SWIFT international financial system, which enables billions of dollars in transactions for more than 11,000 banks and other institutions around the world, restricted key Russian banks from its network over the weekend — a potential body blow to Russian finances.

On Monday, world and European bodies suspended Russian teams from all international soccer, including qualifying matches for the 2022 World Cup. This came after the International Olympic Committee called on sports organizations to exclude Russian athletes and officials from international events. When the International Ice Hockey Federation and the National Hockey League announced their own measures against Russia, it was clear that a movement was underway that was more widespread than anything seen in the sports world in decades.

Germany, in an extraordinary move, broke with its post-World War II foreign policy and said it would help send weapons to Ukraine — an action that its chancellor, Olaf Scholz, called “a new reality.” Finland and Sweden, countries that are hardly rash about jumping into the fray, seem to be road-testing positions potentially adversarial to Russia. Switzerland, a nation renowned for its secure banking, is “taking a tougher line with regard to Russia,” the head of its economic affairs department, Guy Parmelin, said Sunday.

Less directly impactful but no less resolute were efforts by several U.S. states — Pennsylvania, North Carolina, Vermont, West Virginia and Maine among them — to purge liquor outlets of Russian vodka and other products. Some states, like Pennsylvania, also took steps Monday toward divesting any Russia-related holdings.

“We must wield our economic power to ensure that Russia faces grave consequences for their flagrant violations of international law and human cooperation,” wrote state Sen. Sharif Street, D-Philadelphia.

“To begin with, they’re symbolic. But then you see the sheer number of them. They might seem trivial on their own, but the totality of them suggests that the system has swung with this,” said William Muck, a political science professor at North Central College in Illinois and a specialist in international security.

That kind of rapid-fire coalescence won praise Monday from the White House. “President Putin has been one of the greatest unifiers of NATO in modern history. So I guess that is one thing we can thank him for,” press secretary Jen Psaki said Monday.

“I think what we’ve seen over the last few days is a commitment to remain united, and to send a strong message to President Putin that this action — these actions, this rhetoric — is unacceptable and the world is building a wall against it,” Psaki said.

It has all happened with a sweep that dwarfed even post-9/11 sanctions, but also with startling dispatch — which is one of the things that have made it so extraordinary.

A key ingredient: It took place against the backdrop of an instantaneous social media landscape that gave faraway observers a direct and informal pipeline to what was happening both in Ukraine and elsewhere. That’s something that can act as a force multiplier far away when, say, the governor of Maine decides to take vodka-related actions.

“A generation ago, this would have all taken place through ministries of foreign affairs and the 6 o’clock news, but nothing like the speed and interconnectedness of today. I think that’s having an accelerating effect,” Latham said.

Not everyone is racing to isolate Russia. China is not entirely with the rest of the world on the Ukraine issue — unsurprisingly. But the country’s longtime insistence that other countries respect sovereignty above all else — a position designed to deflect any actions against its policies toward Taiwan and Hong Kong and in the South China Sea — could hamstring it eventually. Meanwhile, its very reluctance to participate in punitive actions could be rendered less meaningful by what’s being done by so many others, and it could be sanctioned if it tries to undermine global action.

This week’s quick-draw global action is splashy, yes. But will it genuinely matter in the long term? Previous coalitions have come together rapidly but frayed as weeks passed. And the same globalized world that allows for the quick isolation of a government can also provide that same government potential workarounds to lessen the impact of international action.

Nevertheless, the connectedness that allows nations to get stuff done fast seems, in this case, to be approaching entirely new territory as it fashions a 21st-century response to an age-old aggression: the forcible taking of one nation’s land by another.

​“I didn’t think it was possible that the world could be this unified in a globalized system — that you could get everyone on the same page,” Muck said. “If we’re thinking about, `Do sanctions work in a globalized world?’, I don’t think we could have a more perfect test case.”

Reporter Aamer Madhani in Washington contributed. Ted Anthony, AP’s director of new storytelling and newsroom innovation, has written about international affairs since 1995. Follow him on Twitter at http://twitter.com/anthonyted 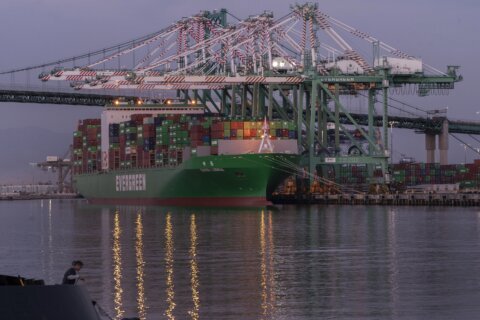 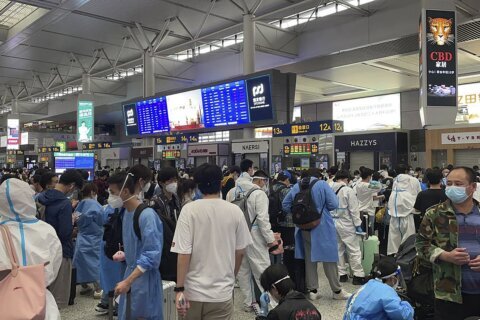