EXPLAINER: What is known about the China Eastern plane crash

BEIJING (AP) — The crash of a Boeing 737-800 passenger jet in China’s southwest started a fire big enough to be seen from space and forced rescuers to search a rugged, remote mountainside.

One day after the China Eastern Airlines flight plunged from the sky, there are more questions than answers.

WHAT CAUSED THE CRASH?

The cause is unknown. Flight 5735 was at 29,000 feet (8,800 meters) on Monday afternoon when it went into a dive about an hour into its flight, according to flight-tracking website FlightRadar24.com.

The plane plunged to 7,400 feet (2,200 meters) before regaining about 1,200 feet (360 meters), then dived again. It crashed into the side of a mountain in a remote, forested area outside the city of Wuzhou.

State media and Chinese regulators gave no indication the pilot reported trouble or other information that might shed light on the cause of the disaster. The plane stopped transmitting data 96 seconds after it started to fall.

Rescue workers planned to use drones in the search for the plane’s black boxes, which should contain information from instruments and sound from the cockpit.

Confirming the cause of a plane crash sometimes takes months or years due to the need to gather badly damaged debris and examine specialized technical factors.

HOW MANY PEOPLE WERE ABOARD? DID ANY SURVIVE?

The plane was carrying 123 passengers and nine crew members from the city of Kunming in China’s southwest to Guangzhou, an export hub in the southeast.

No survivors have been found as rescuers search the rugged, charred mountainside in the semitropical Guangxi region.

No foreigners are believed to have been on board. Two Chinese companies said their employees were on the flight, including the CFO of Guangzhou-based Dinglong Culture Co. whose interests range from mining to TV and movie production.

Family members gathered in closed-off waiting areas at the airports in both Guangzhou and Kunming. Chinese news reports said five hotels with 700 rooms had been requisitioned closer to the crash site for family members.

IS THIS THE SAME BOEING MODEL INVOLVED IN EARLIER CRASHES?

No. The plane that crashed Monday was a Boeing 737-800, not the Boeing 737 Max, a newer model that was temporarily grounded worldwide following two deadly crashes in Indonesia and Ethiopia.

The 737-800 is a twin-engine, single-aisle plane commonly used for short and medium-haul flights. In a typical configuration, it has 178 seats divided between the main and premium cabins. Boeing has delivered more than 5,100 of them over the past 24 years, and China is the biggest market, with nearly 1,200, according to aviation consultant IBA.

WHAT IS THE HISTORY OF THIS MODEL?

The plane has been flying since 1998 and has an excellent safety record, said Hassan Shahidi, president of the Flight Safety Foundation. They have been involved in 22 accidents that damaged the planes beyond repair and killed 612 people. Boeing NG or Next Generation 737s, including the 737-800, have flown more than 116 million flights.

In 2019, the U.S. Federal Aviation Administration ordered inspections of 38 Boeing 737 NG planes, including 737-800s, because of cracks found in a part that connects wings to the fuselage. The FAA did not ground the planes.

After this week’s crash, China Eastern grounded all of its 737-800s, China’s Transport Ministry said.

Boeing 737 Max jets, which first flew in 2017, were grounded after crashes in 2018 and 2019. In each case, flight-control software pushed the nose down shortly after takeoff, and pilots couldn’t regain control. That software is not on 737-800s.

Airlines were allowed to resume using the 737 Max after Boeing redesigned the system in a process overseen by regulators from the United States, Europe, China and the Middle East.

WHAT IS THE RISK FOR BOEING?

Boeing clearly would suffer if Monday’s crash is attributed to a malfunction of the plane, but experts downplay the likelihood of a design flaw because 737-800s have been carrying passengers for nearly a quarter-century with relatively few safety issues.

Still, the crash could further jeopardize Boeing’s reputation in China, which only recently certified the revamped 737 Max. Before the crashes in 2018 and 2019, China was the biggest market for the Max and a crucial source of cash for the company.

China will lead the investigation, which will include a representative from the U.S. crash investigator, called the National Transportation Safety Board, plus representatives from Boeing and CFM, the General Electric-Safran joint venture that made the engines on this plane.

Key to the investigation is recovering the so-called black boxes – they are usually painted orange for visibility, but the longtime name has stuck. One device, called the flight data recorder, captures information about the plane’s airspeed, altitude, direction up or down, pilot actions, and performance of all key systems. The cockpit voice recorder captures sounds including conversations and background engine noise during the flight.

Investigators will look at the maintenance history of the plane, the training and record of the pilots, communication the pilots had with air traffic control and weather data. They will examine pieces of the wreckage for clues. Even the size of the debris field is important – when wreckage is spread over a very large area, it could indicate that the plane was breaking up before hitting the ground.

DOES THE PLANE’S DESTRUCTION MAKE IT HARDER TO FIND THE CAUSE?

As long as the black boxes survived and can be downloaded, investigators should be able to get a good idea of what happened. 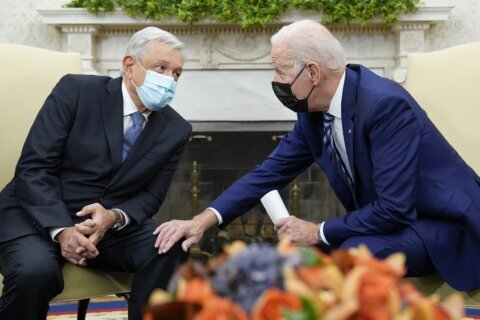