The East Indonesia Mujahideen has claimed responsibility for the killings of police officers and minority Christians, some by beheading. It has pledged allegiance to the Islamic State group. Police have said Gazali conducted several of the group’s executions, including the beheadings of four Christian farmers last May.

The joint team was patrolling the area when it came upon two militants in a camp, Sufahriadi said at a news conference. He said the second militant escaped into the jungle.

Tuesday’s shootout occurred four months after security forces killed two militants in another jungle shootout, including Ali Kalora, the group’s leader, who was one of the country’s most wanted militants.

“We are still searching for three remaining suspected members of the group,” Sufahriadi said, “We urge them to immediately surrender or we’ll continue hunting them down.”

Indonesia, the world’s most populous Muslim-majority nation, has conducted a crackdown on militants since bombings on the resort island of Bali in 2002 killed 202 people, mostly Western and Asian tourists.

Militant attacks on foreigners in Indonesia have been largely replaced in recent years by smaller, less deadly strikes targeting the government, mainly police and anti-terrorism forces, and people militants consider to be infidels, inspired by Islamic State group tactics abroad. 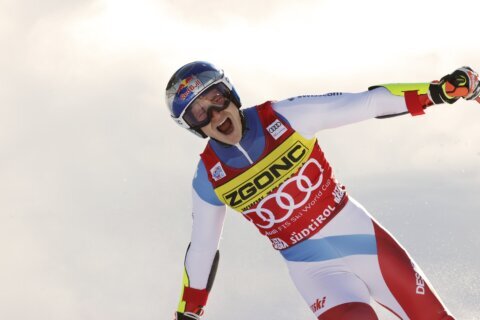 The new guy: Marco Odermatt is the Next Big Thing in skiing