BANGKOK (AP) — Facebook’s parent company Meta said Wednesday it has expanded its ban on postings linked to Myanmar’s military to include all pages, groups, and accounts representing military-controlled businesses. It had already banned advertising from such businesses in February.

The February action, which also banned military and military-controlled state and media entities from Facebook and Instagram, followed the army’s seizure of power from the elected government of Aung San Suu Kyi.

The new action came just a day after a high-profile lawsuit was filed in California against Facebook parent Meta Platforms seeking over $150 billion for the company’s alleged failure to stop hateful posts that incited violence against the Muslim Rohingya minority by Myanmar’s military and its supporters, which crested in 2017.

The army, known in Myanmar as the Tatmadaw, was notorious for a brutal counterinsurgency campaign in Myanmar’s western state of Rakhine, which drove more than 700,000 Rohingya to seek safety across the border in Bangladesh. Critics say the campaign, which included mass killings, rape and arson, constituted ethnic cleansing and possibly genocide.

Since February’s takeover, security forces have used lethal force to put down nonviolent protests against military rule. At least 1,600 civilians have been killed by security forces, according to a detailed tally compiled by the Assistance Association for Political Prisoners. The army also has been accused of abuses against villagers as it fights members of pro-democracy militias in the countryside.

Activists say the military uses the internet to spread disinformation and hate speech. In April, Facebook announced it was “implementing a specific policy for Myanmar to remove praise, support and advocacy of violence by Myanmar security forces and protestors from our platform.”

The group Burma Campaign UK, which had sought to get Facebook do more to curb the military’s reach through its platforms, welcomed the move but noted that Facebook had resisted taking down military companies’ pages.

“The belated decision to remove military company pages appears more an act of desperation after being sued for $150 billion for being involved in Rohingya genocide than any genuine concern for human rights,” Burma Campaign UK’s director, Mark Farmaner, said in a statement.

Wednesday’s statement from Rafael Frankel, Asia-Pacific director of policy for Meta, said the company was taking action “based on extensive documentation by the international community of these businesses’ direct role in funding the Tatmadaw’s ongoing violence and human rights abuses in Myanmar.”

The military controls major portions of Myanmar’s economy, largely through two big holding companies. Because corporate links are not always clear, Meta said it is using a report compiled by U.N, investigators in 2019 to identify relevant firms.

In response to the abuses committed against the Rohingya, Facebook in 2018 banned 20 military-linked individuals and organizations including Senior Gen. Min Aung Hlaing, who now leads the army-installed government. From 2018 to 2010, Facebook removed six networks of accounts controlled by the military, which did not acknowledge the backing.

This year, Facebook disabled pages belonging to state media that violated Facebook rules about promoting violence and harm to others. 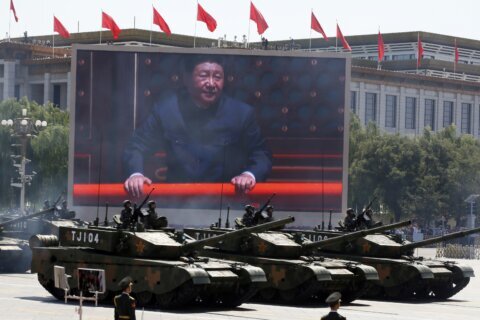 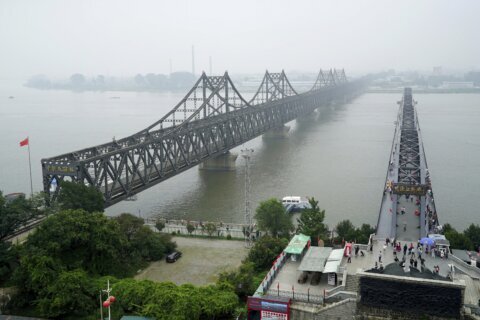