NIIGATA, Japan (AP) — Eiko Kawasaki stood at the port of Niigata, the place from which she left for North Korea more than 60 years ago, and tossed chrysanthemum flowers into the sea to pray for her peers who could not come back. Then she burst into tears.

As a 17-year-old girl seeking a better life, Kawasaki joined a resettlement program led by North Korea that promised a “Paradise on Earth” — where everything was supposed to be free and those with Korean roots like her could live without facing discrimination.

Kawasaki was among some 93,000 ethnic Korean residents in Japan and their relatives who joined the program only to find the opposite of what was promised. Most were put to brutal manual labor at mines, in forests and on farms and faced discrimination because of Japan’s past colonization of the Korean Peninsula.

One of the rare survivors who made it back to Japan, her birthplace, Kawasaki, now 79, is on a mission to keep alive the tragic stories and memories of the deceived “resettlement” victims.

She aspires to open a museum and revitalize a street in Niigata to commemorate the resettlement program under the auspices of Japanese and Korean friendship groups.

Kawasaki held a commemoration ceremony at the port in early December, marking the day the first ship left for North Korea 62 years ago. Participants offered a moment of silence to the victims who had perished despite their hopes of returning to Japan someday.

“Luckily, I came back to Japan alive. Since I consider my life here to be an extra bonus I’ve received, I want to devote all my time left to doing whatever I can do to make sure this tragedy does not happen again,” Kawasaki said.

Born in Japan’s ancient capital of Kyoto as a second-generation Korean, she was curious to see the much-touted but isolated communist country after studying at a pro-North Korean school. She says she was brainwashed.

Kawasaki had doubts about the promised future when her ferry arrived at a North Korean port and was met by hundreds of cadaverous people covered with soot from head to toe, she said.

“Everything looked completely black,” she recalled. The third biggest international port in North Korea looked much shabbier than the Niigata port. “That moment I realized I had been deceived.”

Then she saw her former schoolmate who had left for North Korea earlier, collecting leftover lunch boxes that Kawasaki and other passengers didn’t finish. The schoolmate told her she should have eaten it because she wouldn’t have access to such good food anymore.

“I was stunned and thought my heart would stop in shock,” Kawasaki recalled.

Kawasaki was stuck in North Korea for more than 40 years until she fled in 2003 to Japan without telling anyone — including her family — “after seeing the bodies of those who died of starvation” during famines, she said.

Though Kawasaki is safe in Japan, she never feels at ease because she worries about her husband and children still in North Korea. Since the COVID-19 pandemic began, she has lost contact with them, and all the letters and packages she sent have been returned.

“My biggest worry now is their survival,” Kawasaki said.

“The street has gotten shabby because people paid little attention to the resettlement program or they couldn’t care less about it. I thought I had to change that,” said Kawasaki.

Among her supporters is Harunori Kojima, 90, a former communist who once backed the resettlement program.

Kojima said he wanted to join the Bodnam street project because of a sense of guilt and regret that he long supported the program despite knowing the severe conditions in the North.

He saw the reality during a 1964 trip to North Korea but “could not tell the truth” to those associated with the pro-Pyongyang organization or to his Japanese communist comrades. “That matter is still tormenting my heart.”

Kojima published a book in 2016 including photos he took of those who left for North Korea, newspaper clips endorsing the program and letters he received from victims who yearned to return to Japan, as a way to document the history — and as atonement.

He noted the repatriation was strongly backed by Japan’s government, Japanese media and many nonprofit organizations, including the International Committee of the Red Cross.

A 2014 United Nations Commission of Inquiry report described the victims of the resettlement program as “forcibly disappeared” people whom North Korea kept under strict surveillance, deprived of liberty and freedom of movement. It said many were likely to be among the first victims of the 1990s famines due to their lower social status.

Kawasaki and several other defectors are seeking damages in a lawsuit against North Korean leader Kim Jong Un over human rights violations they say they suffered under the resettlement program.

Kim is not expected to appear or compensate them even if the court orders it, but the plaintiffs hope the case can set a precedent for the Japanese government to negotiate with North Korea in the future on seeking the North’s responsibility. A ruling is expected in March. 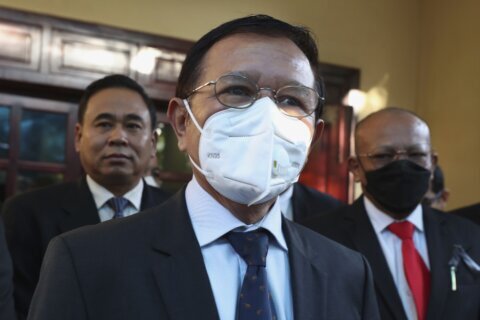 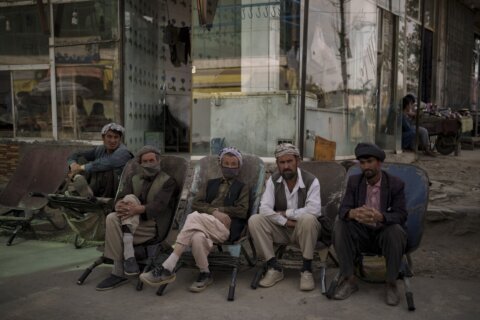