Hun Sen’s planned two-day visit would be the first by a head of government to Myanmar since its army seized power in February, ousting the elected administration of Aung San Suu Kyi.

The military leadership is shunned by many Western governments for the takeover and its consequent brutal repression of opposition to its rule. About 1,300 civilians have been killed by the security forces according to a detailed tally kept by the Assistance Association of Political Prisoners.

Hun Sen has been in power for 36 years as head of one of Southeast Asia’s most authoritarian governments, whose ranks Myanmar joined when the army seized power. In October, Cambodia took over as chair of the Association of Southeast Asian Nations, or ASEAN, giving Hun Sen major influence over the 10-member group.

Sophalleth Eang said Hun Sen and Wunna Maung Lwin discussed how to restore cooperation and solidarity within ASEAN, which has partly fractured over Myanmar.

ASEAN has sought to play a mediating role in Myanmar’s crisis, fearing its increasingly violent unrest may cause problems regionally. In April it reached consensus on a five-point plan to try to help restore stability, but Myanmar has been slow to implement it.

Relations were strained further when Myanmar would not agree to let an ASEAN special envoy meet Suu Kyi, who has been detained since the takeover. ASEAN, under the guidance of its now former chair Brunei, took the unprecedented step of not allowing Min Aung Hlaing to attend its annual summit meeting in October.

Hun Sen, speaking Monday at a road inauguration in Cambodia’s eastern Prey Veng province, explained his position on Myanmar’s place in ASEAN, and why its leader should be allowed to attend next year’s summit.

Describing Myanmar as an ASEAN family member, he declared that Myanmar has the right to join the summit because the principal rule of ASEAN is that member states shall not interfere with each other internal affairs.

“If I don’t work with (a country’s) current leaders, then with whom should I be working?” Hun Sen said, stressing that all 10 ASEAN members should be represented. 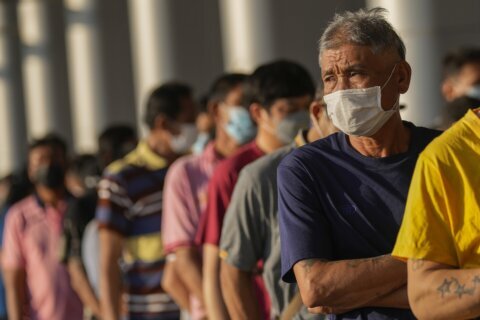 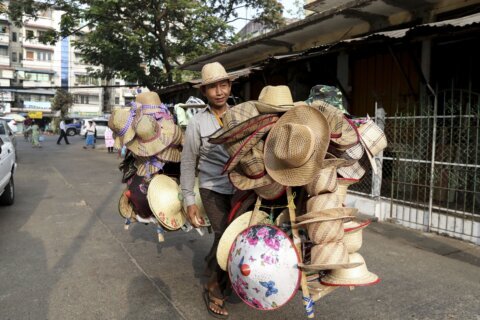