Pakistan: Changes needed on EU plan on rights in Afghanistan

GENEVA (AP) — Pakistan wants the European Union to revise its plan to step up human rights monitoring under the new Taliban leadership in Afghanistan, in part by taking into account socio-economic concerns in a country hoping to emerge from decades of war and instability.

Islamabad says “further improvements” to a resolution at the U.N.’s top human rights body are needed, including concrete pledges of assistance for the war-wracked country without using human rights as the sole criteria. Pakistan is arguably the Taliban’s closest state interlocutor, with historic ties and ostensible influence with the religious militia.

The European bloc is leading an effort backed by more than 40 countries at the Human Rights Council to pass a resolution next week that would, among other things, name a special rapporteur on Afghanistan to help the country uphold its international commitments on human rights and offer support to advocacy groups — much of whose work has been disrupted under the new leadership.

The Europeans want consensus for the resolution at the council, which counts Pakistan among its 47 member countries. The rapporteur would benefit from expertise in legal affairs, torture and degrading punishment, the right to education, and the rights of women, girls and minorities, according to the resolution.

Pakistan and the Organization of Islamic Cooperation led a unanimous resolution at the council during a special session in August — before the full departure of international forces — that expressed concerns about the rights situation in Afghanistan, and called for the U.N. human rights chief to monitor the situation, with a written report planned next March. Some advocacy groups said it didn’t go far enough.

In comments to The Associated Press late Thursday, Pakistani Foreign Ministry spokesman Asim Iftikhar said the EU draft resolution “needs further improvements” and that delegations were working closely on it. He said Pakistan believes the EU initiative “does not add any value to the OIC resolution adopted just a month ago with agreement of all council members.”

He also said the EU proposal “seeks to pursue (human rights) concerns in isolation from security, safety, conflict, governance, and economic dimensions. The EU initiative is geared towards civil and political rights only, without any consideration of economic and social rights.

Iftikhar added: “We have also advised them to include some indication/element of assistance” for Afghanistan, without elaborating.

The reservations from Islamabad suggest that diplomatic wrangling lies ahead in coming days. The proposal fits in with a wider international effort to boost scrutiny of the rights of women, girls, ethnic minorities and others under the Taliban leadership after their ouster of the Afghan government in August and the departure of international forces in the country after some two decades. 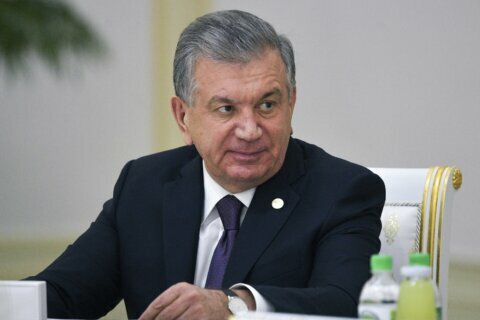