WASHINGTON (AP) — The head of the International Monetary Fund says the agency is trimming its forecast for global growth this year.

IMF Managing Director Kristalina Georgieva on Tuesday cited rising risks from inflation, debt and a divergence in growth prospects between nations with access to coronavirus vaccines and those in need of shots.

In remarks prepared for a university audience in Italy, Georgieva said that the goal of the annual meetings next week of the 190-nation IMF and its sister lending agency, the World Bank, will be to address the growing risks in a coordinated way to improve the global economy’s outlook.

She noted that the IMF’s World Economic Outlook in July had projected a solid global rebound of 6%, which would have represented a dramatic rebound from a 3.2% contraction in the pandemic year of 2020.

But now, she said, IMF forecasters are a bit less optimistic following surges in delta variant cases over the summer in many parts of the world and stronger-than-expected inflation exacerbated by problems with global supply chains.

“The risks and obstacles to a balanced global recovery have become even more pronounced,” Georgieva said in a scheduled virtual appearance at Bocconi University in Milan. She said the specific results of the lowered outlook would be released by the IMF next Tuesday.

She said there is a danger that higher-than-expected inflation could cause central banks to raise interest rates and depress growth even more. Rising food prices are a particular concern, she said, with global prices up 30% over the past year, while higher energy prices are also putting pressure on families.

“The United States and China remain vital engines of growth even as their momentum is now slowing,” Georgieva said, adding that a few other advanced and emerging economies are also gaining momentum, pointing to Italy and other European countries.

“By contrast, in many other countries, growth continues to worsen, hampered by low access to vaccines and constrained policy responses,” she said.

She said it is still possible to reach the targets set by the IMF and other global institutions to vaccinate at least 40% of people in every country by the end of this year, and hit 70% by the first half of 2022.

Georgieva called on wealthy countries to deliver on pledges of support and to also close a $20 billion gap in financing for testing, tracing and therapeutics.

“If we don’t, large parts of the world will remain unvaccinated and the human tragedy will continue,” she said. “That would hold the recovery back. We would see global GDP losses rise to $5.3 trillion over the next five years.”

To help with this challenge, Georgieva said the IMF has provided $118 billion in new financing to 87 countries and approved a $650 billion increase in the agency’s special drawing rights, the biggest in history.

Those resources are aimed at boosting cash-strapped nations. About $275 billion of the allocation has gone to developing countries. She called on wealthy nations to channel more of these resources to poorer nations.

In addition to boosting the fight against the coronavirus in poor nations, the IMF and World Bank meetings next week will also address efforts to provide more support to fight climate change.

However, Georgieva is also likely to face questions about a recent critical report by an outside law firm that while she was a top official at the World Bank she and other World Bank officials pressured other World Bank employees to alter the business rankings of China and other nations.

The findings prompted the World Bank to cancel the annual report and triggered calls for Georgieva to resign. Critics have contended for some time that China is exercising undue influence over the IMF, the World Bank and other global financial institutions. Georgieva has denied all wrongdoing and has said she welcomes meeting with the IMF board to clear her name.

During a virtual question and answer session with the students in Milan, Georgieva was asked about what the IMF and other authorities were doing to oversee a move to digital currencies. She said that banking regulators around the world needed to craft regulations to make sure that “in this fast-moving world of creating digital currencies these new forms of money are a ”source to help confidence rather than a risk” to existing financial systems. 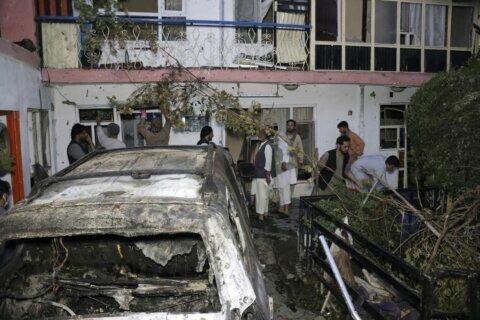 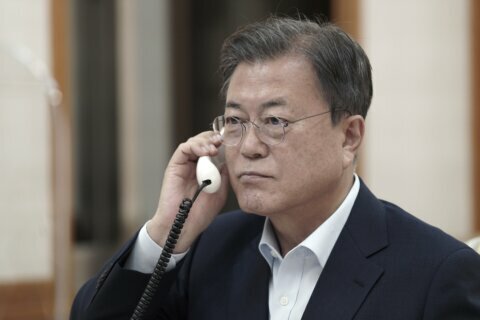