PHNOM PENH, Cambodia (AP) — A prominent Cambodian labor union leader who is a longtime government critic was sentenced Wednesday to two years in prison for inciting social unrest with sensitive comments about the country’s border.

Rong Chhun, president of the Cambodian Confederation of Unions, has been in custody since July 2020 after the government claimed he spread false information about Cambodia’s border with Vietnam. A week before his arrest, Rong Chhun spoke to U.S. government-supported Radio Free Asia about his meeting with farmers in eastern Cambodia who complained their land was being infringed upon by Vietnam.

The Phnom Penh Municipal Court found Rong Chhun and two co-defendants guilty of incitement to commit a felony. Ton Nimol and Sar Kanika, who were each sentenced to 20 months in prison, had been arrested in August 2020 while protesting in front of the court to demand the release of Rong Chhun.

The court also ordered the three to pay a compensation of up to $100,000 to the Joint Boundary Commission.

Rong Chhun’s lawyer, Sam Sokong, told The Associated Press he was disappointed with the decision and the three defendants have told him to file an appeal.

“I was disappointed and shocked when hearing the judge order my clients to face their maximum length of the prison term. There is no mercy,” Sam Sokong said, referring to the penalty for inciting social unrest of two years in prison.

Sam Sokong quoted Rong Chhun as saying in the courtroom after the verdict that, “The court is unfair and the judiciary system in Cambodia is under the influence of the government.”

Labor leaders such as Rong Chhun hold significant political influence in Cambodia because they represent the vast number of workers in the textile industry, which is the country’s major export earner. The major unions have historically aligned themselves with the political opposition to Prime Minister Hun Sen.

The issue of Vietnam encroaching on Cambodian land is a highly sensitive one with domestic political significance in Cambodia because of historical antagonism toward the country’s larger neighbor to the east. Hun Sen’s government maintains close relations with Vietnam, leading his political foes to accuse him of failing to protect Cambodian land. Several prominent opposition figures have been prosecuted on various charges in recent years for making such allegations.

Rong Chhun served on the national election committee of the opposition Cambodia National Rescue Party before it was dissolved by court order in 2017, ahead of the 2018 general election. The party dissolution was generally seen as intended to ensure victory for Hun Sen’s ruling Cambodian People’s Party. Hun Sen has been in power for 36 years, and has often been accused of heading an authoritarian regime. 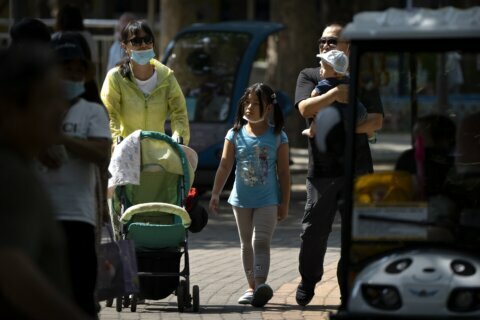