SACRAMENTO, Calif. (AP) — U.S. prosecutors sought Thursday to drop their case against a Chinese researcher accused of concealing her ties to the Chinese military on a visa application so she could work in the U.S.

In documents filed in federal court in Sacramento, prosecutors asked a judge to dismiss a charge of visa fraud against Juan Tang but gave no reason why.

The trial was set to begin on Monday. A message seeking comment from the U.S. Attorney’s office in Sacramento was not returned.

Tang’s attorneys told the Sacramento Bee they provided “ample reason” to the government for dismissing the case.

“We hope Dr. Tang is allowed to return to her daughter and husband on her own,” Malcolm Segal and Tom Johnson said in a statement.

The Justice Department announced charges against Tang and three other scientists living in the U.S. last July, saying they lied about their status as members of China’s People’s Liberation Army.

Prosecutors said Tang lied about her military ties in a visa application last October as she made plans to work at the University of California, Davis and again during an FBI interview months later. Agents found photos of Tang dressed in military uniform and reviewed articles in China identifying her military affiliation.

Agents said they believe Tang sought refuge at the Chinese consulate in San Francisco after they interviewed her at her home in Davis, and they accused the consulate of harboring a known fugitive. She was taken into custody after emerging from the consulate for a doctor’s appointment, the Bee reported.

Tang’s attorneys had argued that the doctor was not a member of the Chinese military but had worked as a civilian at a Chinese military facility. They said the charge of lying on her visa application likely would have resulted in a six-month sentence, less than the 10 months she has already spent in jail and under house arrest.

U.S. District Judge John A. Mendez previously dismissed a separate count charging Tang with lying to the FBI because agents violated her Miranda rights by not advising her that she did not have to answer their questions.

Tang never was able to begin her cancer research at UC Davis because the coronavirus pandemic shut down the lab where she was to work.

In Beijing on Friday, Foreign Ministry spokesperson Zhao Lijian accused the U.S. of arresting its citizens studying in the country “under fabricated charges, violating legitimate rights and interests of Chinese nationals.”

“We again urge the U.S. to … immediately release the person involved and earnestly guarantee the legitimate rights and interests of Chinese nationals in the U.S.,” Zhao said at a daily briefing. 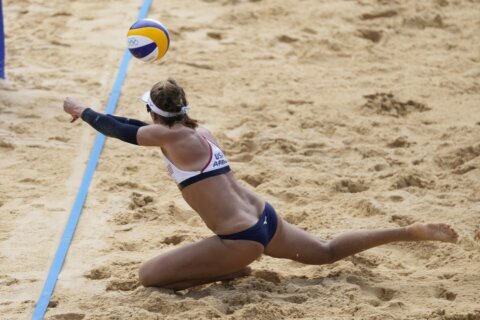