Pakistani who killed boss for blasphemy gets death penalty

LAHORE, Pakistan (AP) — An anti-terrorism court in eastern Pakistan has issued a death sentence to a former security guard who last year shot and killed his bank’s manager after accusing him of insulting Islam’s Prophet Mohammad, a lawyer said Thursday.

Ahmad Nawaz has the right to appeal. The ruling a day earlier in the district of Khusab in the eastern Punjab province also sentenced him to two years in prison for assaulting police during his arrest, according to prosecution lawyer Mian Rizwan.

Nawaz was arrested in November 2020 after opening fire on his bank’s manager, Malik Imran Hanif, in the Khushab district. He briefly drew the attention of Islamists when he claimed he killed Hanif for insulting Islam’s prophet.

Hanif’s family at the time denied the allegation. Later, police concluded that Nawaz had a personal feud with the bank manager.

Blasphemy is a controversial issue in Pakistan, where people convicted of the crime can be sentenced to life in prison or the death penalty. Crowds and individuals often take the law into their own hands to target those they perceive as perpetrators of the offense. 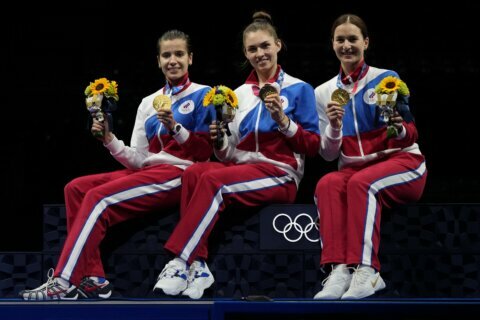