North Korea’s foreign minister says no interest in US talks

SEOUL, South Korea (AP) — North Korea’s foreign minister on Wednesday said his country is not even considering a resumption of stalled nuclear talks with the United States, dismissing hopes expressed by U.S. and South Korean officials for a quick resumption of negotiations.

The statement by Ri Son Gwon came a day after the powerful sister of North Korean leader Kim Jong Un issued a message saying that U.S. expectations of talks would “plunge them into a greater disappointment.”

Hope for a restart of the nuclear talks flared briefly after Kim Jong Un instructed officials at a political conference last week to prepare for both dialogue and confrontation — though more for confrontation — with the Biden administration. U.S. National Security adviser Jake Sullivan called Kim’s comments an “interesting signal.”

Ri praised the statement issued by Kim’s sister, Kim Yo Jong, which he said brushed off the “hasty judgment, conjecture and expectation of the U.S.”

“We are not considering even the possibility of any contact with the U.S., let alone having it, which would get us nowhere, only taking up precious time,” Ri said in a statement carried by the official Korean Central News Agency.

Nuclear negotiations between Washington and Seoul have been stalled since the collapse of a meeting between Kim Jong Un and former President Donald Trump in 2019 because of a disagreement over an easing of U.S.-led economic sanctions in exchange for partial denuclearization by North Korea.

While U.S. and South Korean officials expressed optimism over Kim’s comment that he expects both dialogue and confrontation, some experts say North Korea has been communicating the same message for months — that it has no intention to return to talks unless the United States offers meaningful concessions, likely in the form of eased sanctions.

Sung Kim, President Joe Biden’s special representative for North Korea, said Washington was prepared to meet the North “anywhere, anytime without preconditions” as he visited Seoul for discussions with South Korean and Japanese officials over the nuclear standoff. But he stressed that the Biden administration would continue to pressure North Korea with sanctions over its nuclear and missile ambitions.

The Latest: Microsoft: US workers must be fully vaccinated 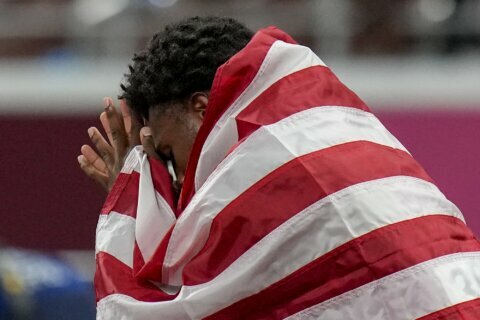 Tears from Lyles at Olympics about more than just the bronze 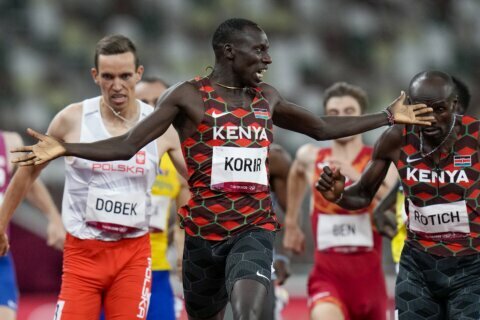