Instead, she ended up with a raw and unsettling documentary about how a deeply conservative sexual culture, loose birth registration laws and a largely privatized adoption system continue to pressure and shame single mothers into relinquishing their children for adoption.

The shock and grief of mother-child separations and intense fear of social stigma captured in “Forget Me Not” offer insight into what’s preventing thousands of Korean adoptees from reconnecting with their silenced birth mothers, decades after they were flown to the West.

Adoptees, including Engelstoft, have also blamed these disconnections on limited access to records, falsified documents that hide their true origins and a lack of accountability shown by adoption agencies and South Korea’s government.

“Every time I started following a woman (at the home), they strongly told me that they wanted to keep their child, and that’s just not what happened,” Engelstoft said in a recent interview with The Associated Press. “I was completely horrified at the result.”

“Forget Me Not,” which was released in South Korean theaters this month, started out as the filmmaker’s personal attempt to understand her Korean mother, who at 19 gave away Englestoft when she was a newborn. “

More than 6,400 Korean children were sent abroad in 1982, the year Engelstoft arrived in Denmark. In all, about 200,000 South Koreans were adopted overseas during the past six decades, mainly to white parents in America and Europe.

“Forget Me Not,” shot at Jeju’s Aeseowon shelter in 2013 and 2014, opens with the facility’s director reading Engelstoft a document signed by her birth mother. It shows that Engelstoft was relinquished on the same day she was born and that her mother pledged never to look for her.

The paper had been kept at an orphanage in Busan city where Engelstoft stayed before her adoption agency, Holt Children’s Services, matched her with Danish parents.

Engelstoft believes her mother was one of many women who were asked by adoption agencies to sign relinquishment forms even before their children were born. Holt denies this, saying it took Engelstoft from the orphanage, not her mother.

Children were frequently listed as abandoned or orphaned, despite the presence of known relatives, which made them easily adoptable and their roots often untraceable.

“I feel deeply uncomfortable by having been bought and sold, sold by an adoption agency and my adoptive parents paying for me, and I think that I would like to reverse that,” Engelstoft said.

The film then follows young mothers at Aeseowon, whose faces and voices are obscured for privacy. They do chores, share stories about bad boyfriends and the pain of childbirth, coo over ultrasound pictures and giggle throughout a pregnancy photoshoot.

They seem at times like any other teens. But their lives are clouded by debates on whether to keep their babies or place them for adoption, a decision that’s never truly theirs.

After insisting on keeping her child for months, a 17-year-old emotionally breaks down after giving in to her parents, who see the baby as a disgraceful mark of premarital sex. As soon her mother pressures her into signing an adoption consent form, workers from Holt whisk her child to Jeju’s airport.

Another 17-year-old toils in depression after her parents exploit the country’s loose birth registration system, which is easily manipulated because it doesn’t require newborns to be automatically registered at hospitals, to list her child as their own.

“How did I become a sibling?” she asks while roaming aimlessly in streets. “That’s my baby.”

When a 16-year-old wails in an empty room after giving away her child to adoptive parents at a parking lot, Engelstoft puts down the camera to hold her.

“That moment was sort of like a breaking point for me,” she said.

“I was trying to understand Korean culture, and also just the universal thing that parents want the best for their children. They do what they believe is the best — the parents in the film, my adoptive parents and the women at the shelter.”

Growing up in a white community in rural Denmark, Engelstoft said she was “constantly reminded I didn’t belong there.” Locals would often try to touch her hair or ask who her “real” parents were.

Her Danish parents were supportive of her desire to reconnecting with her roots. They visited South Korea for the first time in 2002, which Engelstoft said felt like “landing on the moon.”

The visit turned into heartbreak when they failed in their search for Engelstoft’s birth mother. Holt had little information.

Busan police found three women who shared the name and age of her birth mother, including one who had placed a baby for adoption sometime before her marriage and now had a child five years younger than Engelstoft. Engelstoft was devastated after the woman chose not to meet her.

For Engelstoft, filming felt like time travel. She saw the women at Aeseowon as various versions of her Korean mother, and they saw her as a grown-up version of their babies. She struggled for answers when they asked whether her life was better because she was adopted.

“I didn’t want to sway them in any direction of whether to keep the baby or give it up — I was painfully aware of that,” she said. “What I could say is that I have spent most of my adult life searching for my mother, coming back to Korea and trying to explore that side of me that I have a longing toward.”

While South Korea has required adoptions to go through family courts since 2013, screening and monitoring remain weak. The death of a 16-month-old girl in October following abuse by her jailed adoptive parents prompted soul-searching in a country that had long discouraged single mothers from raising their children. 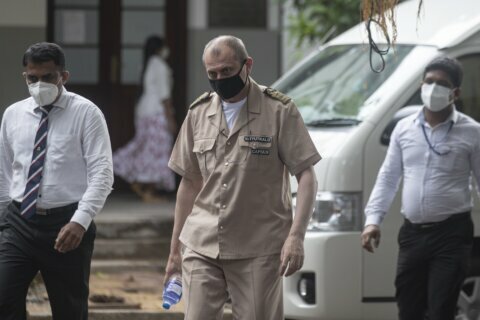