Carli Lloyd is headed to her fourth Olympics after all.

The 38-year-old Lloyd had vowed after the 2019 World Cup that she would push to make the Olympic team for before stepping away from the sport. But then the Tokyo Games were pushed back a year because of the pandemic, and Lloyd needed surgery on her knee.

That meant making the 18-player roster was by no means a slam dunk for Lloyd, who scored three goals in the opening 16 minutes of the 2015 World Cup final in Canada.

But coach Vlatko Andonovski believes Lloyd can still be a valuable contributor and included her on the roster he announced Wednesday. Tobin Heath joins Lloyd in heading to her fourth Olympics.

At the 2008 Beijing Games, Lloyd scored in overtime for a 1-0 victory against Brazil in the final. Four years later, she scored both goals in the gold-medal match against Japan at Wembley Stadium, becoming the only player to score winning goals in consecutive Olympic finals.

Lloyd, who will turn 39 before the Tokyo Games, is the oldest national team Olympian, besting Christie Rampone, who was 37 when she played at the 2012 London Games.

“I don’t judge the players by their age,” Andonovski said. “They are either good, perform well and can help us win, or they can’t. In terms of Carli, she’s done everything that she needs to do to earn herself a spot on the team. Now, the fact that she is 39, I think it’s remarkable, it’s incredible and just speaks a lot about Carli and her determination and her mentality. And that’s something that is always welcome on this team.”

Heath did not play in the team’s recent Summer Series in Texas because of a knee injury. Julie Ertz is also recovering from an injury but should be ready when the United States opens the Olympics on July 21 against Sweden.

Becky Sauerbrunn, Kelley O’Hara, Alex Morgan and Megan Rapinoe will be playing in their third Olympics.

Kristie Mewis, who plays for the Houston Dash, is the only player on the roster who was not on the 2019 World Cup-winning team. She and Samantha will be the first sisters to play for the senior national team in a world championship.

“For Kristie, she is a product of NWSL. She played extremely well in the league in the last year and a half or so, earned herself an opportunity,” Andonovski said during a conference call. “Then after the opportunity was given to her, she took full advantage of it. Every game that she came in, whether it was 5 minutes, 10 minutes, 15 minutes, she maximized that opportunity and continued growing and developing in the league and performing in the league.”

The United States is vying to become the first team to win Olympic gold following a World Cup title. The Americans have won four gold medals since women’s soccer became an Olympic sport in 1996. But at the last Olympics in Brazil, the United States was knocked out by Sweden on penalties in the quarterfinals. 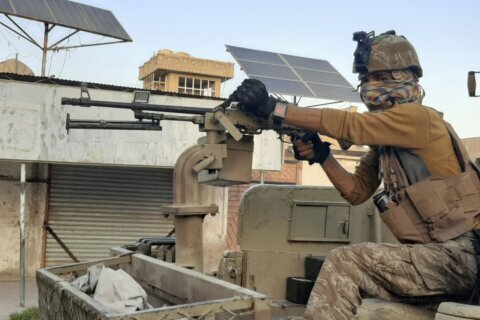 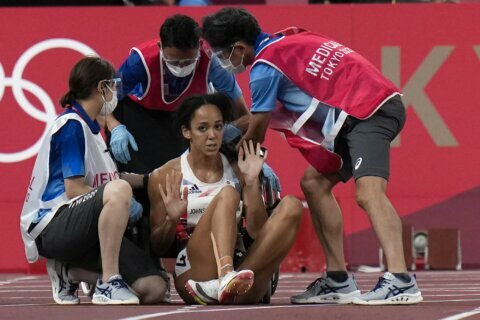 The Latest: Microsoft: US workers must be fully vaccinated