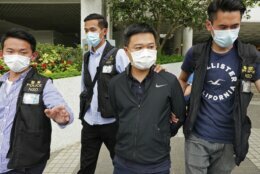 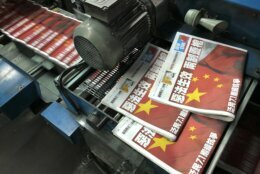 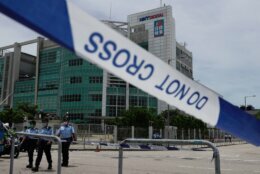 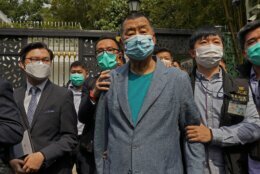 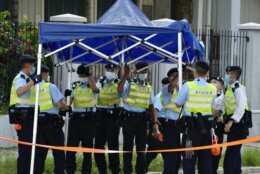 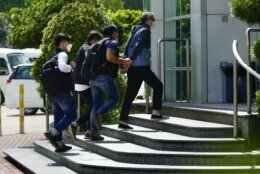 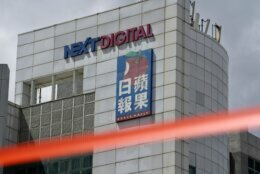 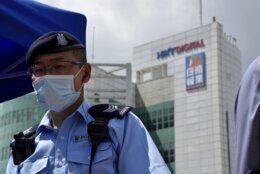 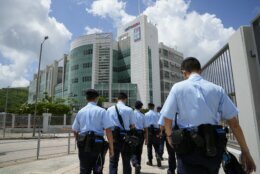 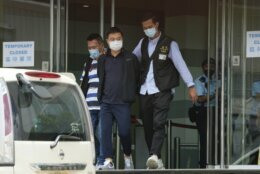 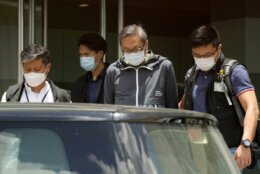 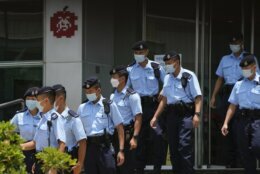 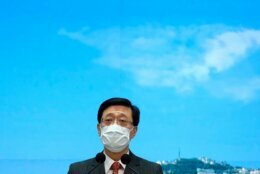 Police said they had strong evidence that more than 30 articles published by Apple Daily played a “crucial part” in a conspiracy with foreign countries to impose sanctions against China and Hong Kong, in response to a crackdown on civil liberties in the semi-autonomous Chinese city.

Apple Daily has often criticized the Chinese and Hong Kong governments for tightening control over the city and walking back on promises by Beijing that the territory could retain its freedoms when it was handed over from Britain in 1997.

Apple Daily founder Jimmy Lai is currently serving a 20-month prison sentence for his role in unauthorized assemblies in 2019, during a period when Hong Kong saw massive anti-government protest calling for universal suffrage and democratic freedoms.

More than 200 police officers were involved in the search of Apple Daily’s offices, and the government said a warrant was obtained to look for evidence of a suspected violation of the national security law.

Hong Kong Security Minister John Lee told a news conference that police will investigate both people in the Apple Daily companies and others to establish if they have assisted in instigating or funding the offences.

He said that the police action against the Apple Daily editors and executives is not related to “normal journalistic work.”

“The action targeted the use of journalistic work as a tool to endanger national security,” he said, warning people to keep a distance from those who are under investigation as they are not “normal journalists.”

He said that anyone who engages in journalistic work in Hong Kong must abide by the laws, including the national security legislation.

“I’d like to say here that you should not collude with these perpetrators, do not be in cahoots with them, otherwise you will pay a hefty price,” Lee said. “Distance yourself from them, otherwise all you are left with are regrets.”

Hong Kong Journalists Association chairman Chris Yeung said in an online news conference that the arrests and raid on Apple Daily could create a chilling effect on society. He raised concerns about the use of the national security law as a “weapon to prosecute media executives and journalists for publishing reports and articles that are deemed as a threat to national security.”

He said that the court warrant that allowed police to search the offices of Apple Daily had undermined journalists’ ability to protect their materials, which is vital in upholding press freedom.

“Self censorship will get worse if journalists are not sure whether they are able to protect their sources of information,” said Yeung. “We urge the government to give more details of the case as soon as possible to allay fears about freedom of the press and freedom of expression.”

The national security legislation imposed by Beijing outlaws secession, subversion, terrorism and foreign collusion. The law has been used to arrest over 100 pro-democracy activists since it was first implemented in June last year, and had virtually silenced opposition voices in the city, with many others fleeing abroad.

In response, the U.S. has imposed sanctions on Hong Kong and Chinese officials, including the city leader Carrie Lam, accusing them of undermining Hong Kong’s autonomy.

Trading in the shares of Next Digital was halted Thursday morning, according to a notice on the Hong Kong stock exchange. No reason was given for the halt.

Austin: Allies, innovation key to US competition with China