Asian stocks lower after Wall St ends May with gains

Benchmarks in Shanghai, Tokyo and Hong Kong retreated while Seoul swung between small gains and losses.

On Wall Street, the benchmark S&P 500 index ended last week higher for a monthly gain in May of 0.5%.

Investors are wavering between optimism about consumer spending and factory output reviving and unease that rising inflation pressure might prompt governments and central banks to withdraw stimulus.

“It still feels like a market looking for direction in the face of uncertainty,” said Patrik Schowitz of JP Morgan Asset Management in a report.

The Shanghai Composite Index lost 0.3% to 3,490.27 after an industry group and the national statistics agency reported manufacturing activity held steady in May, adding to signs a rebound is leveling off.

The Nikkei 225 in Tokyo tumbled 0.8% to 28,928.69 after May retail sales fell 4.5% from the previous month and factory output rose above pre-pandemic levels for the first time but growth of 2.5% was lower than expected.

The index ended up for May after a bumpy few weeks of selling by investors who focused on the conflict between economic recovery and inflation.

The U.S. Commerce Department said Friday that personal consumption expenditures, a measure of inflation used by the Federal Reserve, rose by 3.6% in April. Excluding volatile food and energy prices, inflation 3.1%, well above the Fed’s long-term target of 2%.

Fed officials said earlier the economy would be allowed to “run hot” to make sure a recovery is established, but investors worried the U.S. and other central banks might feel pressure to withdraw stimulus after unexpectedly sharp rises in prices of consumer goods and some commodities. They have been at least temporarily reassured by comments from Fed officials who say it is too early to change direction.

In energy markets, benchmark U.S. crude rose 36 cents to $66.68 per barrel in electronic trading on the New York Mercantile Exchange. The contract fell 43 cents on Friday to $66.32 per barrel. Brent crude, used to price international oils, added 28 cents to $69.00 per barrel in London. It gained 17 cents the previous session to $69.63. 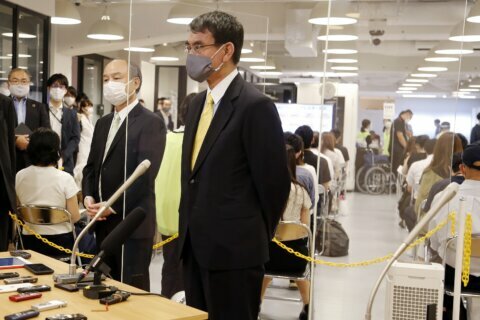 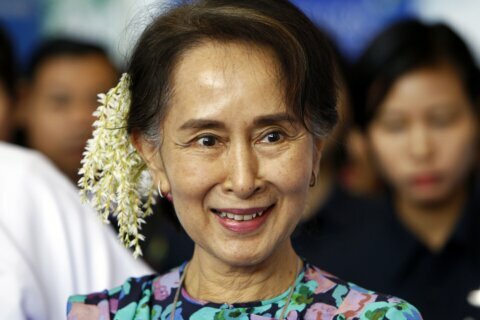