SEOUL (AP) — Popular South Korean hip-hop trio Epik High was working on a song called “End of the World” before the pandemic hit last year. Now, the band’s frontman Tablo says, “I wish that this song is not relevant.”

His group had 2020 all planned out, from a Coachella performance to a world tour. Then early last year, Tablo said he and bandmates Mithra Jin and DJ Tukutz saw their plans “completely becoming dust.”

With the world sharing their feelings of “fear, confusion and trepidation,” the group stayed home to document the moment in songs, crafting a new double album called “Epik High Is Here.”

The just-released first half is a collection of 10 songs featuring a diverse roster of artists including K-pop heavyweight CL, rising rapper Woo and Kim Sawol, the South Korean folk and rock singer-songwriter.

Tablo said one of his favorite songs in the album is “Rosario,” one of two lead tracks, which reflects duality in his inner world – and perhaps this moment in the pandemic. “I have some demons that I can’t shake off,” he said. “But at the same time, I’m very optimistic.”

He said the trio had given lots of thought to the flow of the album, balancing it with a mix of “dark and very hard-hitting” songs and those that give “a moment to breathe.” The ups and downs reflect the band’s career.

Their music was different, with an experimental mix of genres, poetic lyrics skillfully weaving English and Korean, punchlines abounding with homonyms, and dense rhymes. The band has a knack for making songs about touchy subjects in South Korea, from its white-collar work culture, overly competitive educational system to religion – highlighted on their “ Lesson ” series.

By 2010, the trio had topped domestic music charts and received multiple accolades. Tablo married well-known actress Kang Hye-jung and was expecting a baby.

Then, his career came to a halt with the spread of online rumors that he’d lied about graduating from Stanford. At the time, South Korea was reeling from fake diplomas scandals involving government officials and celebrities.

As rumors started making headlines, more than 200,000 people signed up for an online group titled “TaJinYo,” a Korean acronym for “We Request the Truth from Tablo.” South Koreans started flooding the inboxes of Stanford professors asking if Tablo had really graduated. He had.

Tablo said his family started getting death threats. Strangers knocked on the family home and work places. In the street, he was recognized and insulted. Even close friends turned their backs.

To clear his name, he returned to his alma mater with a camera crew in tow as he toured the school and revisited professors and friends. It was a turning point that finally cleared his name.

Tablo describes the three years of online and offline harassments and lawsuits as “the lowest point” in his career. His father, whose health had deteriorated from the stress of the scandal, died in 2012.

“The problem is … I lost someone that is irreplaceable,” he said. “I lost my dad … as a direct result of what people did … for no reason.”

Tablo says he’s still haunted by the scandal. “It’s been a long time, yes, but it’s not something that I can ever be OK with and that will affect everything I do,” he said. “There is a hole that can’t be filled.”

Despite bittersweet lyrics, Tablo said the name of the new album – “Epik High is Here” – represents his wishes to live in the present.

“Maybe the map we drew all those years ago was merely meant to show us the vastness of this world, and just how many of us are lost – together – in it,” Tablo wrote on the first page of the new album package. “Whatever the case, this is our current location.” 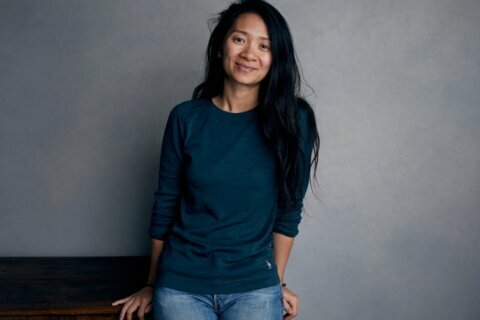