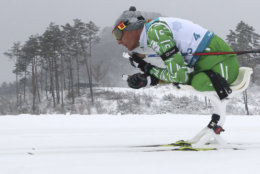 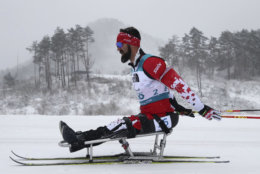 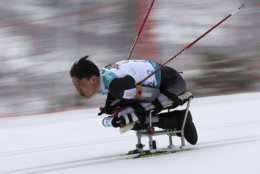 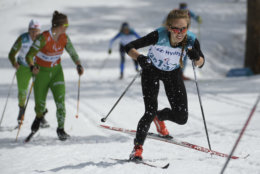 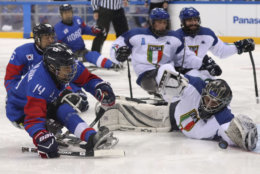 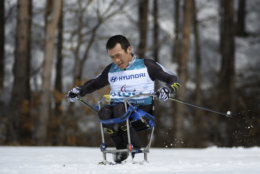 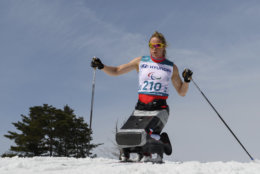 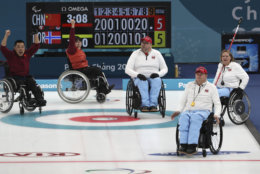 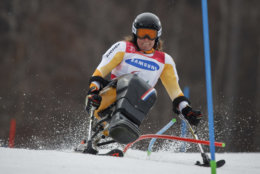 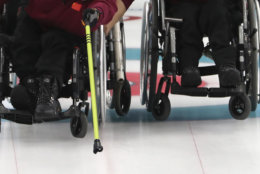 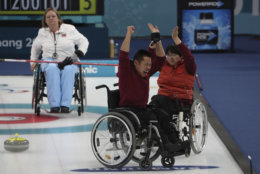 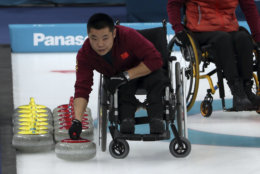 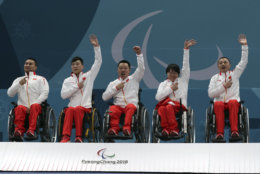 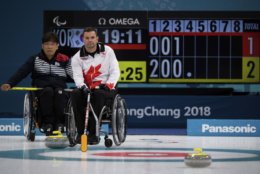 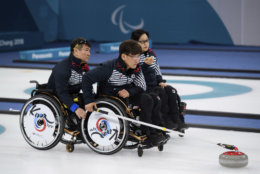 GANGNEUNG, South Korea (AP) — As the world’s top disabled athletes competed on ice and snow, Erica Mitchell steered through her own obstacle course on Pyeongchang’s narrow and uneven streets.

The 31-year-old from Chicago was one of many people with disabilities who spoke to The Associated Press this week about accessibility problems at the Paralympic Games in South Korea’s rural east, despite what organizers described as a “perfectly” organized event that provided the “highest level” of access.

“I felt like my walker was on waves,” laughed Mitchell, an accomplished women’s sled hockey player who came to the games as a spectator. “There were other people with crutches and they were struggling to walk because of uneven surface. Some of the (sidewalk) stones were falling out —that wasn’t the best.”

With the Pyeongchang Games coming to an end with Sunday’s closing ceremony at the soon-to-be-demolished Olympic Stadium, South Korea now faces questions about legacy.

Officials had said the Paralympics will help transform one of the nation’s poorest and most underdeveloped areas into a safer and more accessible place for disabled people. That would be a meaningful statement in a country where, even in richer areas like ultra-modern Seoul, the disabled continue to face what critics say amount to social segregation. Inaccessibility to quality education and jobs and even basic functions such as transport has made it extremely difficult for many to maintain lives outside of institutions.

But to many of the disabled visitors at Pyeongchang and nearby Gangneung, which hosted the hockey and curling events, the games felt like a missed opportunity.

Their long list of complaints illustrated a harsh space for people dependent on devices like wheelchairs, crutches and prosthesis:

“Not one thing has been comfortable,” said Lee Tae-shik, 63, as he waited for a game outside the Gangneung Hockey Center. Lee, who traveled from the western port city of Incheon with his wife, has been using a wheelchair since 1988 when an injury impaired his legs. He talked about the difficulty of moving between Pyeongchang and Gangneung, the far-flung bus stops, the exhausting trips up the steep slopes where the stadiums were.

South Korea has spent about $13 billion on the Olympics and Paralympics, including millions of dollars to redesign dozens of public bathrooms with ramps and handrails. Kim Sung-soo, a 54-year-old Gangneung resident, didn’t think the money was well spent. He fumed about the public bathrooms near the stadiums, which he said barely fits conventional wheelchairs but not larger motorized chairs like his.

“Once I get in, there’s not enough space for me to turn and move into the stall,” said Kim, who lost the use of his legs after contracting polio as a child. “It’s been like this for decades — this city never budges for an inch beyond what it’s legally required to do when it comes to disabled people. How hard could it be to make bathrooms just a little bit bigger?”

Finding a place to eat can turn into a frustrating adventure.

“We have people with us with spinal cord injuries — they can’t get out of their wheelchairs, they can’t eat at that restaurant,” said Mitchell, who was born with a condition that resulted in an inability to walk without assistance. “Getting into restaurants, no one really has a ramp to help them get in. If there’s one step, they can’t get in.”

She also saw lapses in safety standards among workers, such as transport staff throwing or cramming wheelchairs into buses.

“Not everyone’s brakes were working, so wheelchairs were like flying everywhere,” she said.

Koo Ja-cheon, an official from Gangwon Province, which governs Pyeongchang and Gangneung, said the games have been a learning process. He said the provincial government will explore ways to use the experience to improve the lives of its disabled residents. Future steps may include strengthening accessibility requirements for buildings and facilities, acquiring more low-floor buses to accommodate wheelchair users and creating more “accessibility maps” for smartphones, he said.

“The games have been an opportunity for us to think about things we never knew or previously never thought about,” said Koo. “We used to just walk upright into a restaurant and eat, but now we are thinking about ramps and tables. It will be a matter of getting that different perspective into policy.”

Gangwon had offered up to 7 million won ($7,000) each to restaurants and motels to revamp for the Olympics and Paralympics, such as renovating bathrooms and hallways, converting floor-seating to tables and chairs, widening doorways and adding other features to accommodate wheelchair users. But many local businesses refused to make the changes, saying that the money officials were offering wasn’t enough. Others questioned why they need to change so much just for a few weeks in February and March.

The places that did make the changes weren’t always accessible, according to the Human Rights Forum of Persons with Disabilities in Korea. After reviewing 251 restaurants and motels in Pyeongchang, Gangneung and neighboring Jeongseon that used the government subsidies to renovate from December to January, the forum rated only 94 of them as accessible to wheelchair users. When counting out the places wheelchair users couldn’t realistically enter without a helper — because of steep ramps and stairs, narrow doorways and passageways, uneven floors and other obstructions — the number of accessible businesses dropped to 27, according to the forum’s report published earlier this month.

Moon Ae-rin, a Seoul-based activist who spent several days at the Paralympics, said South Korea has failed to use the games to make lasting changes that would truly raise awareness of disability rights issues and highlight the bigger role people with disabilities can play in an inclusive society.

Moon, who has cerebral palsy and uses a motorized wheelchair, is one of the country’s most vocal advocates of accessibility rights for the disabled. She has been arrested or thrown off her wheelchair several times during protests at bus terminals and subway stations calling for safer and more accessible transport for disabled people.

In Pyeongchang, she found it insulting that nearly all of the low-floor buses used to transport wheelchair users and other disabled spectators around Paralympic areas were borrowed from the capital Seoul. This likely caused serious inconvenience to disabled people in Seoul who mainly rely on such vehicles amid limited transport options, Moon said. According to Paralympic organizers and Seoul City, 44 of the 48 low-floor buses operating for the games were from Seoul.

“Gangwon didn’t want to make permanent changes — all it wanted to do is get through a temporary event,” Moon said. “Once the buses leave town, there will not be a single thing left for the area’s disabled residents that’s good.”

Not everyone was unhappy.

Tomoko Inujima, a wheelchair user from Tokyo who came to the games with her husband, said she ran into trouble entering restaurants and stores. However, she said the help from volunteer workers and local residents, who she found attentive and supportive, more than made up for it.

“I am quite satisfied,” she said.

Park Mi-ae, a 53-year-old Gangneung resident who came to a hockey game on crutches while recovering from a foot injury, hoped that the experience of accommodating a large number of disabled people and athletes will help make her city a safer and friendlier place for the disabled. The thousands from across the country who volunteered for the games could help initiate changes at their homes too, she said.

“The injury has forced me into the life of a disabled person and I think I am really beginning to understand what they go through,” said the school teacher. “The bus stops are always too far. There are not enough automatic doors. The curb cuts are badly done. The steps are too high.”