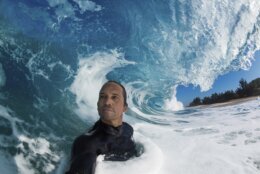 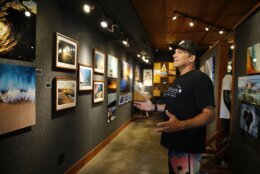 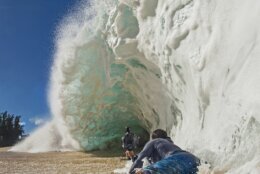 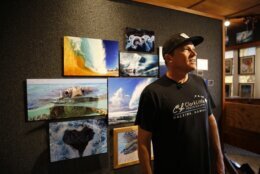 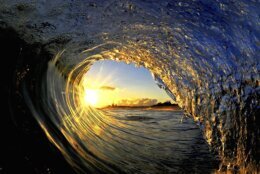 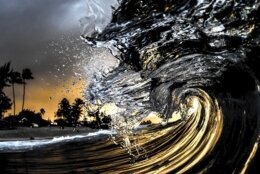 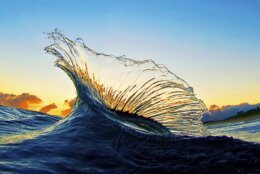 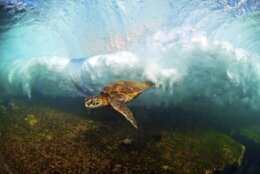 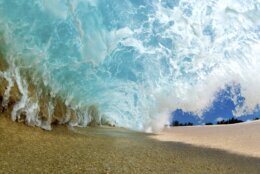 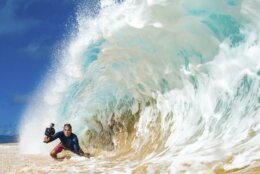 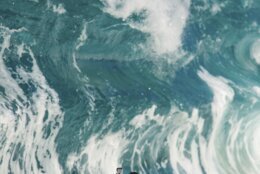 HALEIWA, Hawaii (AP) — Hawaii photographer Clark Little is known for his stunning images from inside the barrels of some of the most powerful and dangerous waves on Earth.

The native of Oahu’s North Shore has spent the last 15 years documenting shorebreak waves, the monster swells that roll in from the Pacific and crash directly onto the sand, unobstructed by reefs or shallow water.

Little just released a book, “The Art of Waves,” that chronicles his adventures in the ocean. It contains more than 150 of his favorite images.

“Shorebreak is so beautiful and scary at the same time,” Little said. “I used to surf the shorebreak, so … it’s my comfort zone. I like sand bottom. I think it has more aqua beautiful colors.”

Surfing great Kelly Slater affectionately calls Little “Turbo” — he was known for driving fast and taking chances when the two got to know each other decades ago, well before Slater became one of surfing’s most decorated athletes.

“Clark is so connected with what he’s looking at. It seems so natural to him,” said Slater, who wrote the forward to the new book. “It just struck him one day to start capturing it.”

Big wave surfer Laird Hamilton said Little’s photography gives him the chance to examine the beauty and complexity of the ocean in a way that’s impossible when surfing in the chaotic and big seas he likes to be in.

“His books capture the things about the ocean that make us believe in higher powers,” Hamilton said.

When he was younger, Little would surf the shorebreak waves, something few people dare to do. But Little said even he gets into trouble in these conditions.

“On a big day and I’m trying to swim out to get the shot … then there’s one wave, two waves, three waves,” Little said. “Then I’m out of breath and then there’s another five more waves. I can’t swim in. I can’t get out because it’s pulling. It’s huge. And it’s just, it’s chaos.”

People around the globe were showing respect for waves Wednesday in honor of World Oceans Day, an annual event aimed at promoting conservation and raising awareness of the human impact on oceans.