NEW YORK (AP) — Actor and singer Alvin Ing, known for roles on Broadway and on tour in “Pacific Overtures” and “Flower Drum Song” as well as in films such as “The Gambler,” has died. He was 89.

Ing died Saturday at Providence St. Joseph Medical Center, in Burbank, California, of COVID-19 complications, according to his representatives at Mosaic PR.

“His voice was glorious and filled the room with its flawless sound, but beyond that, his sound was steeped in joy. Alvin was a joyful presence to be around at every rehearsal and performance,” said Lea Salonga who starred in “Flower Drum Song.”

Ing is believed to have performed in more productions of “Flower Drum Song” in the role of Wang Ta than any other actor.

He also portrayed the Shogun’s mother in the original Broadway production of “Pacific Overtures” in 1976, and reprised the role 28 years later in the 2004 revival. “Pacific Overtures” playwright John Weidman hailed Ing’s “wit, his kindness, his gentleness, and most of all his extraordinary generosity of spirit.”

Ing was a Honolulu native and a U.S. Army veteran who was an advocate for the Asian American Pacific Islander community in the entertainment industry, including being an active member of the American Asian Performing Arts Theatre. He had a master’s degree in music education from Columbia.

Broadway star Telly Leung, who performed alongside Ing, said in a tweet that “a generation of Asian performers would not be where are today without his leadership and courage.”

Actor’s Equity Association tweeted in his honor: “Not only was Alvin Ing a trailblazer, but he was also an inspiration to a generation of performers. He will be missed.” 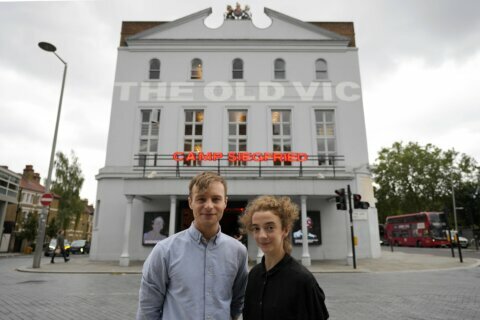