Designer David Rockwell offers a guide to his creativity

NEW YORK (AP) — The COVID-19 pandemic cut the connections between people and emptied the spaces they met. For award-winning architect and theater designer David Rockwell, it struck at the very heart of his work.

From designing KAOS Nightclub in Las Vegas to transforming Los Angeles’s historic Union Station at the Oscars, creating spaces where people gather has always been the focus. Now that idea was actually dangerous.

During his first Zoom meeting with newly remote members of his 250-person staff, Rockwell began with some grim humor against a backdrop of a frightened, locked-down city.

“I opened up by saying, ‘Well, here’s the good news: At least we don’t depend on creating experiences to bring people together for a living.’ There was a sort of silence and I said, ‘I’m joking. Actually, that is what we do. So we need to figure out ways we can do that.’”

As the nation gingerly emerges from quarantine, Rockwell is offering exactly that in book form: “Drama” — a kind of mood board for the way Rockwell sees the world and many ideas for what a new post-COVID-19 world could look like.

“Drama” is firmly at the intersection of theater and architecture, using examples from inside and outside the firm to tease out six fundamental concepts both disciplines share: Audience, ensemble, worlds, story, journey and impermanence.

“I’ve been thinking about this for sort of my whole adult life because I’ve never seen a boundary between architecture and theater,” Rockwell says. “It’s been more of a feedback loop for me.”

The book, written with Bruce Mau and published by Phaidon, is full of arresting images to explain the ideas. Like how his work designing the restaurant Nobu Downtown found creative ways around architectural restrictions or how the Spanish Steps in Rome are designed to pull the eye toward the sacred. He writes: “For me, design is about bringing people together and making them feel something.”

Count no less than Frank Gehry as a fan. “David is a great leader and a great inspiration in the field of architecture, design, theater design, and, well, you name it,” he said. “He is a voracious creator, but he is an equally great listener with boundless curiosity. ‘Drama’ shows you all sides of this great talent.”

Infused throughout the book is a relentlessly optimistic view that life can be made better and more beautiful if we start by simply designing better spaces, especially where people meet.

“The act of making something is such a life-affirming thing,” says Rockwell, who is donating his share of the royalties from the book to The Actors Fund. “One of the things designers can do is actually help build a solution.”

The Rockwell Group designs everything from cafes to theater sets. Rockwell’s first Broadway show was “The Rocky Horror Show” in 2000, and the credits started piling up: “Hairspray,” ″Legally Blonde,” ″The Normal Heart” and “Tootsie,” among them. He won a Tony Award for “She Loves Me.”

His architecture affects his sets and vice versa. When he was designing JetBlue’s $800 million terminal in New York City, Rockwell convinced the airline to consult with Tony-winning director-choreographer Jerry Mitchell to improve passenger movement.

Rockwell has been thinking a lot about how we will emerge from lockdown and perhaps redefine what our public spaces mean, especially our open-plan offices.

“Post-COVID, I think movement patterns — choreography, understanding how people move, understanding adaptability — is going to be important for cities,” he says. “We’re in a period of redefinition. So what we’re going to do in offices, why we need to go there, I think is all ripe for reinvention.”

Rockwell sees the continued need for Zoom meetings as one thing that will endure after the pandemic, but is still a fan of in-person meetings, which can trigger collaborations and fresh ideas.

“All the planning that you put into designing something is to hopefully allow some spontaneous activities to happen,” he says. “It’s the 15 minutes in between meetings when you’re running into someone getting a cup of coffee where you may have an idea that’s not going to come from Zoom.”

He sees flexibility in the nation’s future, like the giant blue foam blocks he created as playground equipment that puts the power of creation and collaboration in the hands of kids. The Rockwell Group has helped restaurants during the pandemic by designing modular outdoor eating spaces and dreaming up portable staging for theater companies.

“There is opportunities for new creative ideas to come to market,” he says. “There are spaces that are only used for three or four hours a day. Are there other uses we can use those for?”

Rockwell recently showed his flexibility and style by creating an intimate cocktail lounge and gardens for the Oscar telecast, somehow managing to keep it socially distant but also elegant and keeping in tune with the earliest Oscars.

“I felt that was a chance to anchor it in the history and the power of movies,” he says. “It was a full-on. It was like being a student again. It was three all-nighters and lots of intense work in L.A. but totally satisfying.” 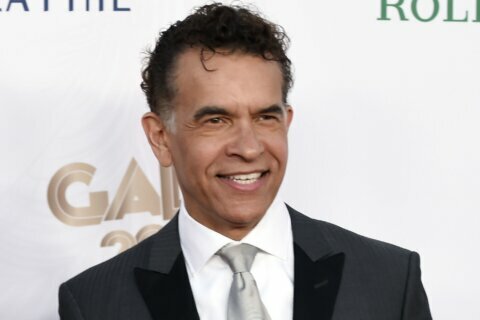 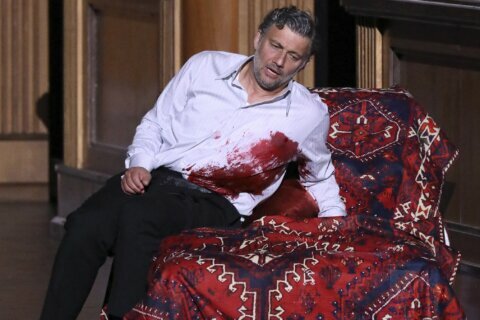 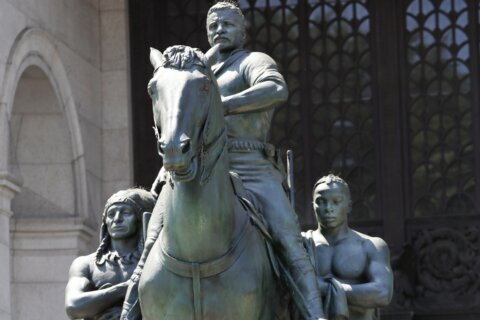