In his book “I Got A Song: The History of the Newport Folk Festival,” WTOP's own Rick Massimo shows that the festival has evolved, much like the art form it celebrates.
Listen now to WTOP News WTOP.com | Alexa | Google Home | WTOP App | 103.5 FM
(1/4) 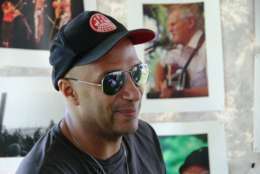 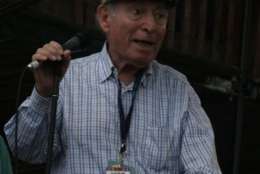 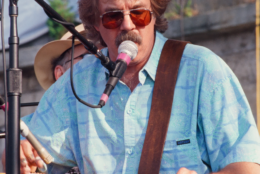 WASHINGTON — Almost 60 years since it began, the Newport Folk Festival continues to draw thousands to Rhode Island every summer.

And like the art form it celebrates, it has evolved over that time.

WTOP’s own Rick Massimo chronicled the festival’s history in his book “I Got A Song: The History of the Newport Folk Festival.”

The festival itself originated in 1959, as an offshoot of the sixth annual Newport Jazz Festival, Massimo told WTOP’s Shawn Anderson and Hillary Howard.

“George Wein, the impresario of the Newport festivals, saw at the time that folk music was the most popular music of the day,” he said. “… So he decided first to have a folk day at the jazz festival, and then he decided he could go it alone. He could split it off as a stand-alone festival.”

The festival was something of a “gritty” experience in its earlier days, Massimo said, with fans sleeping on the beaches and on porches — uninvited.

It has since moved from the center of Newport to nearby Fort Adams State Park, and it’s over by 7 p.m.

“This is both cause and effect of having a much better relationship with the town of Newport,” said Massimo, who covered the festival for nine years at the Providence Journal.

One moment that stands out in the festival’s history is the “Electric Dylan” controversy, when the Bob Dylan and his band plugged in for a 1965 show, which goes against common folk music practices. How negative was the audience reaction, exactly? Massimo found several conflicting accounts, and realized that all these competing narratives actually were the story.

“The fact that there is no one truth about who said what and who did what … it was this experience that was refracted through all these different lenses of people’s experiences and preconceptions,” he said.

Dylan’s choice to plug in back in 1965 speaks to a central question that still resonates today among fans: What constitutes folk music? It’s a tension, Massimo said, that has in fact existed since the festival itself began.

“On the second day of the first folk festival in 1959,” he said, “they had a panel discussion about ‘Where is folk music going?’”

But the festival, Massimo said, has remained open to acts that have non-folk influences — such as the Avett Brothers — despite complaints from older listeners.

“The philosophy at Newport is that just because you were influenced by rock music doesn’t mean that you’re not still folk music,” he said.

“If you’re writing songs that reach out to people and they are receiving them in that way, then that’s folk music.”