Do you recognize this bunny? If so, the Arlington Department of Environmental Services (DES) wants your help in finding its home.
Listen now to WTOP News WTOP.com | Alexa | Google Home | WTOP App | 103.5 FM
(1/9) 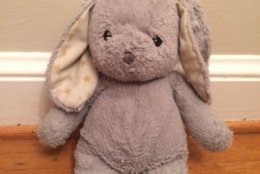 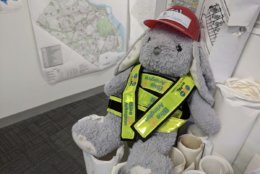 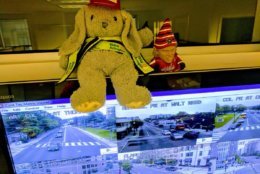 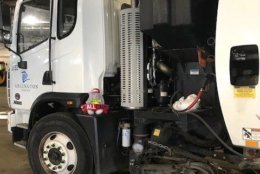 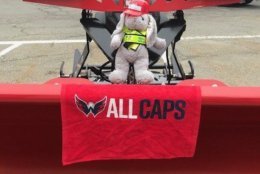 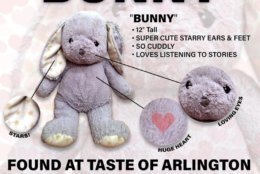 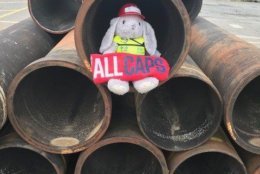 WASHINGTON — It all started with a tweet on May 21.

The Arlington Department of Environmental Services (DES) tweeted a photo of a well-loved plush bunny toy, saying it was found during trash collection after the Taste of Arlington event. Officials hoped to reconnect the bunny with its human by taking to Twitter.

But the search didn’t stop there.

In the days that followed, the department tweeted out a series of photos featuring the lost bunny visiting various DES locations.

From the county’s GIS mapping center to the transportation center to the street cleaners and plows, the Arlington DES Twitter page shows the saga of the bunny’s adventure.

And the DES isn’t the only department having fun with the plush guest. VDOT’s Twitter account promoted its search, calling it a “modern-day Velveteen Rabbit meets public works.”

Looking for something to brighten the gloomy day? Follow the saga of the stuffed bunny via our friends @ArlingtonDES. It’s a modern-day Velveteen Rabbit meets public works. 🐰❤👷‍♂️

A Fredericksburg, Virginia, resident with the Twitter handle @NickZ got in on the search to. After seeing VDOT’s tweet, he tweeted that he would make a poster if needed. VDOT responded in the affirmative.

He followed through, posting a “Found Bunny” missing poster for the plush toy, and tweeted it at both the VDOT and DES Twitter pages.

We will find your home Bunny and we will not rest until we do. #HopeForBunny 🐰❤👷‍♂️ pic.twitter.com/sgkr4Webzn

The bunny’s next search, on Thursday morning, took it through the “pipeline” in Northern Virginia.

Peter Golkin, communications specialist at DES, said the bunny is still with the Arlington DES and could show up anywhere in the area on its continued search.

“The bunny seems to be a big fan of the Capitals, so the bunny could possibly just show up at practice today or tomorrow,” Golkin said.

Golkin said the bunny’s rescue is an important reminder to check your trash before it gets picked up.

“We’re the ones who rescued him from the trash and recycling,” Golkin said. “It just shows the importance of sorting your recycling and trash and compostable materials, because you never know what you’ll find.”

What will happen if the bunny doesn’t get claimed? Golkin said that isn’t a consideration at the moment.

“We don’t want to even think about that, we are focused on getting him back to his people or person, and we’re going to use all our resources,” Golkin said.